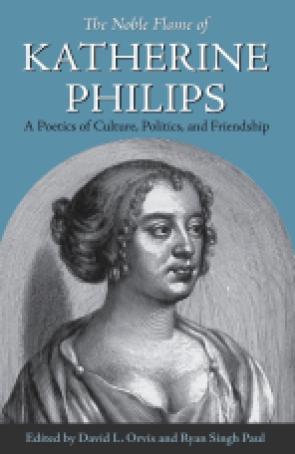 As Orvis and Paul explain, Philips’s work ranges across genres, modes, and forms; she wrote epithalamia and elegies, pastorals and panegyrics, dialogues and Pindaric odes; she even tried her hand quite successfully at dramatic translation. Her significance as a poet became clear with her appearance in several notable print publications of the time, which had rarely included women writers. Though she continued to be cited by writers after her death—John Keats, for example, highly praised and quoted one of her friendship poems in an 1817 letter—editions of her poetry fell out of print after 1710, and her work became far less known. Until the recent surge in interest in women’s writing, Philips, if mentioned at all, was seen by early twentieth century scholars as a minor writer who dealt with rather inconsequential subject matter.

The field of Philips scholarship is rich and diverse, however, despite its relative youth. As this collection demonstrates, her work resists attempts to pigeonhole it, bringing together questions of politics, sexual desire and identity, and poetic tradition. These 13 essays from a wide range of scholars are organized around three salient fields of inquiry: cultural poetics and the courtly coterie; innovation and influence in poetic and political form; and articulations of female friendship, homoeroticism, and retreat.

David L. Orvis is associate professor of English at Appalachian State University. He is coeditor of Psalms in the Early Modern World and has published essays on Shakespeare, Milton, Marlowe, and Herbert.

Ryan Singh Paul is assistant professor of English at Texas A&M University–Kingsville. His publications include essays on The Roaring Girl, Aemilia Lanyer, and the contemporary Indian-American novelist Bharati Mukherjee.