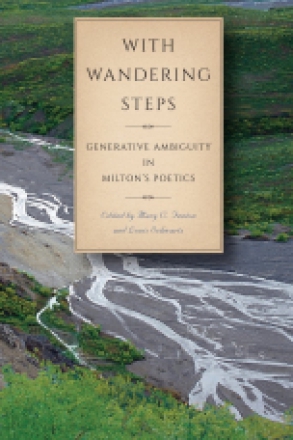 These nine scholars, then, take up those parts of Milton’s work that wander, that refuse to move in a straight line or come to a fixed conclusion. Milton is seen to be centered on beginnings without clear endings, on figures who cycle or recur, on moments of ambiguity or ambivalence that seemed designed never to resolve. Milton’s works draw readers into aesthetic, rhetorical, and epistemological schemes—plots, tropes, and arguments—that assert the value of differences while, at the same time, calling all differences into question. These essays represent an attempt to take the conversation about Milton’s relationship with difference in a new direction; while some critics have argued that difference is meaningless in Milton because all differences melt into a singular truth, other critics have seen these differences as destabilizing, rendering Milton a poet of uncertainty and indetermination. With Wandering Steps focuses instead on the procreative and creative impulses at the very heart of Milton’s poetry and poetic processes, wherein all paths are valid paths—however far they may seem to wander, they usually return, reunite, and imply the idea of a larger, consistent whole.