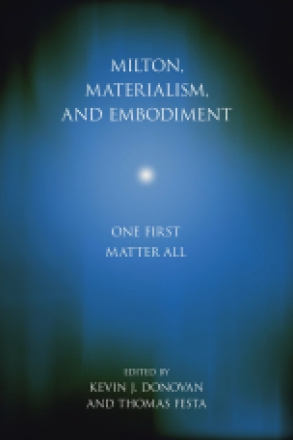 Kevin J. Donovan is professor of English and director of graduate studies at Middle Tennessee State University and coeditor of the volume Irish Drama of the Seventeenth and Eighteenth Centuries.

Thomas Festa is associate professor of English at the State University of New York at New Paltz. He is the author of The End of Learning: Milton and Education and coeditor of Early Modern Women on the Fall: An Anthology.

Part One: Materiality and the Senses

1. The Fragrance of the Fall—Lauren Shohet

3. Milton on the Move: Walking and Self-Knowledge in Paradise Lost—Ryan Hackenbracht

8. The Scanning of Error: Areopagitica and 3-D-Printed Guns—David A. Harper