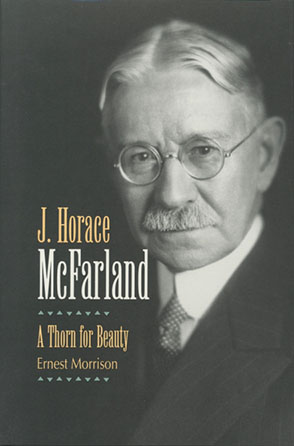 It is within the Progressive Era—an age identified by its crusading spirit of “cleaning up” politics and municipal environments, and assuring the proper use of natural resources—that McFarland’s story unfolds. As Ernest Morrison compellingly reveals, McFarland’s greatness lay in the form of his unique skills in campaign planning and consensus building, and, at his core, in a profound integrity. Morrison’s scholarship and enthusiasm for his subject combine to create a vivid account of one whose crucial role in early conservation and environmental history has until now been almost forgotten. The photographs beautifully depict an era whose hallmark was public service.