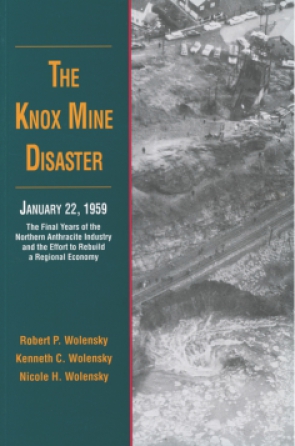 Robert P. Wolensky is Professor of Sociology and Codirector of the Center for the Small City at the University of Wisconsin–Stevens Point.

Kenneth C. Wolensky is a Pennsylvania historian who spent over two decades in state service, including fourteen years at the Pennsylvania Historical and Museum Commission.

Nicole H. Wolensky is Assistant Professor of Sociology at Winona State University. The Wolenskys have authored several books together, including Fighting for the Union Label (Penn State, 2002), and Voices of the Knox Mine Disaster.

Fighting for the Union Label

The Women’s Garment Industry and the ILGWU in Pennsylvania

Voices of the Knox Mine Disaster