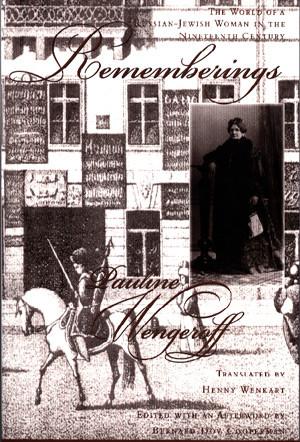 Memoir (translated from the German) of a Jewish woman in 19th-century Russia, with scholarly introduction and analysis.

Pauline Wengeroff’s memoir tells what it was like to be a Jewish girl and a Jewish woman in 19th-century Russia, as foundations of faith and tradition eroded around her … No other work like this survives.

Wengeroff details her traditional Jewish life in mid-19th century Russia and then the many changes brought on by the Jewish Enlightenment.