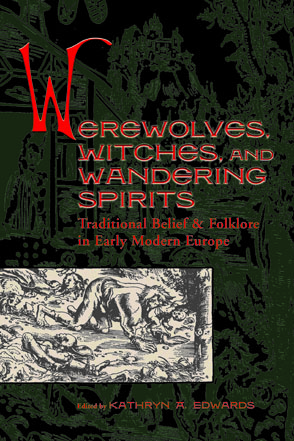 “This collection of articles is a good read and a useful tool…well written, well edited, and very informative.… [It] is admirable in that the essays use a great variety of archival sources to add to our knowledge of cultural and religious practices.”Catholic Historical Review

Bringing together scholars from Europe, America, and Australia, this volume explores the more fantastic elements of popular religious belief: ghosts, werewolves, spiritualism, animism, and of course, witchcraft. These traditional religious beliefs and practices are frequently treated as marginal in more synthetic studies of witchcraft and popular religion, yet Protestants and Catholics alike saw ghosts, imps, werewolves, and other supernatural entities as populating their world. Embedded within notarial and trial records are accounts that reveal the integration of folkloric and theological elements in early modern spirituality. Drawing from extensive archival research, the contributors argue for the integration of such beliefs into our understanding of late medieval and early modern Europe.

“This collection of articles is a good read and a useful tool…well written, well edited, and very informative.… [It] is admirable in that the essays use a great variety of archival sources to add to our knowledge of cultural and religious practices.”Catholic Historical Review

“The essays in this book are quite interesting. Many deal with specific aspects of the supernatural that have been given less attention by most modern historians. Phenomena such as werewolves and ghosts, in themselves significant components of folklore and demonological works in early modern Europe, have been less studied than witchcraft and devils. Yet these phenomena are also quite interesting and deserve historical attention.”Sixteenth Century Journal

“Essays draw from in-depth archival research, and the contributors make a forceful case for the importance of integrating such beliefs and folklore into human understanding of late medieval and early modern Europe.”Internet Bookwatch

Kathryn A. Edwards is associate professor of history at the University of South Carolina. Her publications include Families and Frontiers: Re-Creating Communities and Boundaries in the Early Modern Burgundies, “Female Sociability, Physicality, and Authority in an Early Modern Haunting” (Journal of Social History), and The History of the Apparition of a Spirit.

Introduction: Expanding the Analysis of Traditional Belief.....Kathryn A. Edwards

Living with the Dead: Ghosts in Early Modern Bavaria.....David Lederer

Reformed or Recycled? Possession and Exorcism in the Sacramental Life of Early Modern France.....Sarah Ferber

Worms and the Jews: Jews, Magic, and Community in Seventeenth-Century Worms.....Dean Phillip Bell

God Killed Saul: Heinrich Bullinger and Jacob Ruef on the Power of the Devil.....Bruce Gordon

Such an Impure, Cruel, and Savage Beast... : Images of the Werewolf in Demonological Works.....Nicole Jacques-Lefèvre