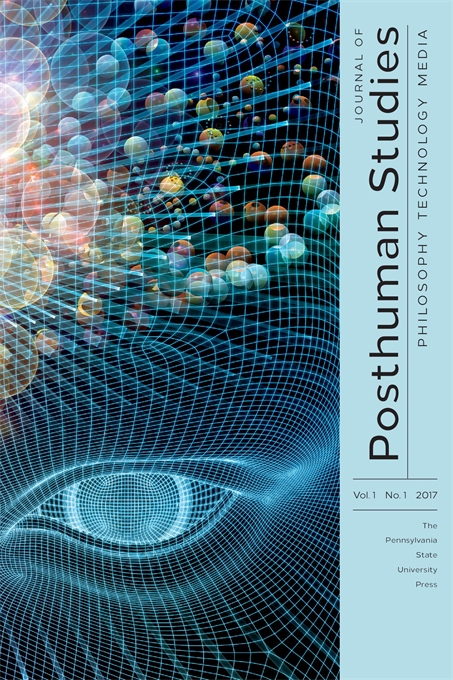 The Journal of Posthuman Studies is a fully peer reviewed, multidisciplinary journal developed to analyze what it is to be human in an age of rapid technological, scientific, cultural, and social evolution. As the boundaries between human and "the other," technological, biological and environmental, are eroded and perceptions of normalcy are challenged, they have generated a range of ethical, philosophical, cultural, and artistic questions that this journal seeks to address. Drawing on theory from critical posthumanism and the normative reflections of transhumanism, it encourages constructive but rigorously critical dialogue through discussion papers, forums, and a carefully curated balance of research articles. The journal publishes papers on issues such as the consequences of enhancement, especially bioenhancement, transhumanist, and posthumanist accounts of “the human,” and any and all ways in which they impact culture and society. The journal encourages submissions from a range of disciplines such as: philosophy, sociology, literary studies, cultural studies, critical theory, media studies, bioethics, medical ethics, anthropology, religious studies, disability studies, gender studies, queer studies, critical animal studies, environmental studies, and the visual arts.

To submit a manuscript, please visit http://www.editorialmanager.com/PHS. The online system will guide you through the steps to upload your paper to the editorial office.