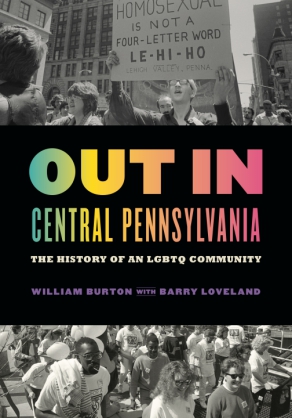 Largely associated with metropolises such as New York City and Los Angeles—and rarely considered in rural areas—LGBTQ history and the continued fight for equality and acceptance is a fact across the nation. While the concentrated populations of large urban centers have presented opportunities for LGBTQ individuals to congregate and build communities, the same cannot be said for places such as central Pennsylvania, which lacks distinct neighborhoods and has comparatively few places for such marginalized people to gather. LGBTQ activists in the region instead had to find other, inventive ways to build community at home. This history records these efforts, from the 1960s to the present, recounting how leaders of grassroots support organizations built a far-reaching LGBTQ community network and organized to demand civil rights and improve their quality of life.

Full of compelling stories of individuals grappling with inequity, harassment, and discrimination, and featuring a unique trove of historical photographs, Out in Central Pennsylvania is a Pennsylvania story with national implications. It brings rural LGBTQ life out into the open and explores how LGBTQ identity and social advocacy networks form outside of a large urban environment.

William Burton is an author based in Provincetown, Massachusetts.

Barry Loveland is retired from the Pennsylvania Historical and Museum Commission and is the cofounder and chair of the LGBT Center of Central PA History Project. 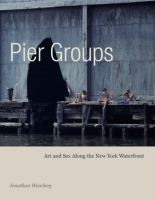