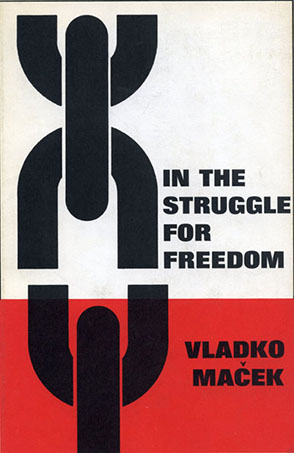 Elected to the Belgrade Constituent Assembly in 1920, the author became head of the party when Stephen Radić was assassinated in 1928. But King Alexander established a personal dictatorship the following year, and Maček was imprisoned until after the king himself was murdered in 1934. During the latter half of the decade, the Croatian Peasant Party cooperated with several Serbian parties, and despite rigged elections, the combined opposition almost ousted the government in 1938.

The deteriorating international situation finally forced composition of Serb-Croat differences, and Croatia was granted substantial autonomy in the sporazum (agreement) of August 1939. Maček became vice-premier in the Belgrade government, and Yugoslavia’s worst internal problem seemed solved. But with the collapse of France in 1940, the threat from Hitler and Mussolini became acute, and Yugoslavia was finally forced to adhere to the Tripartite Pact (Germany-Italy-Japan). When a coup d’état by pro-Allied officers in Belgrade reversed the situation on March 27, 1941, Maček at first refused to have any part in the new government. At the same time he rebuffed all Axis approaches and, as the German consulate in Zagreb reported on April 3, “categorically rejected any discussion about an independent Greater Croatia.” That afternoon he agreed to resume his old post as vice-premier. Germany attacked Yugoslavia three days later, however, and on April 16 the government fled to Greece.

But Maček refused to leave the country and instead returned to Croatia, where he remained in prison or under house arrest until May 1945, when he and his family were able to flee to Austria and the protection of the U.S. Army. After the war the author settled in Washington, D.C., where he helped found the International Peasant Union, representing the suppressed peasant parties of eastern Europe.

“Few memoirs are so revealing and rewarding as these,” writes E. C. Helmreich; “there may be those who differ with him, but his account of what happened rings true.” Not the least of the rewards are Maček’s judgments of men and politics, as relevant in 1969 as they were in 1939—for example, his observation that “peasants are the least tempted to become leftists: long political experience has taught me that it is the educated, or semi-educated people, who are most apt to become extremists either of the left or of the right.” Or his defense of a voting age of twenty-four in the Croatian electoral law: it “may seem reactionary to some people. But I was convinced then that young people do not have enough experience to size up a given political situation and objectively decide intricate political issues. The fact that Hitler, Mussolini, Pavelić and the Communists recruited their most ardent followers among immature youngsters has done nothing to change my opinion.”

Vladko Maček (1879–1964), an important Croatian politician during the first half of the twentieth century, served as head of the Croatian Peasant Party after the assassination of Stephen Radić, the party's founder. Forced into exile after World War II, Maček remained actively involved in the plight of eastern European peasants from his home in Washington, D.C.