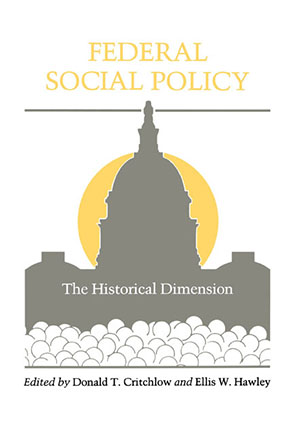 The first, Reconstructions of Policy Developments, includes W. Andrew Achenbaum's account of federal policies toward the aged since 1920; Brian Balogh's discussion of the emergence of the Social Security Board as a political actor, from 1935 to 1939; and Judith Sealander's examination of policy formation and women's issues between 1940 and 1980.

In the second section, The Historical and Institutional Contexts of Policy-making, Morton Keller addresses social policy and the liberal state in twentieth-century America; Jack L. Walker examines interests, political parties, and policy formation in the American democracy; and Edward Berkowitz concludes with an essay on social welfare and the American state.

With studies representative of the best work in the historical analysis of social policy, this volume will be of interest to scholars in history, political science, and public policy, as well as to educated laymen seeking to understand social policy as it has emerged in modern America.

Donald T. Critchlow earned his PhD from the University of California at Berkeley and is professor of history at the University of Notre Dame. He has authored or edited numerous works, including The Brookings Institution, 1916–1952: Expertise and the Public Interest in a Democratic Society (1985).