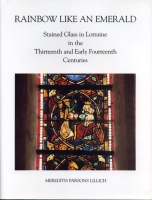 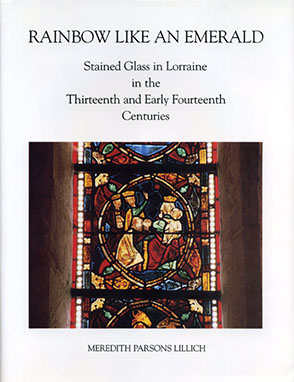 Situated between France and Germany, medieval Lorraine increasingly looked to France for it cultural standards. While French in inspiration, however, its Gothic architecture and stained glass quickly developed strong regional and distinctive characteristics. This architecture has only in the last decade been studied, and Lillich's work is the first serious analysis of the windows.

Loraine has always been known as a glass-making center, and in the Gothic era it seems to have produced a range of handsome greens. However, the turbulent history of the region has left little glass from the period, and today no glass program survives in it entirety, while some, such as Metz, are now lost beyond retrieval. This book presents all the Gothic stained glass that remains in Lorraine: Toul Cathedral, Saint-Gengoult in Toul, the rural parish of Ménillot (just outside of Toul), Saint-Dié in the Vosges, the pilgrimage church of Avioth on the Belgian border, and the various groups now installed in Metz Cathedral, with appendixes dealing with fragments surviving at Sainte-Ségolène in Metz, Ecrouves near Toul, and the Cistercian abbey of La Chalade.

Though many patches of the puzzle remain—and will remain—blank, some of the outlines are strong and some of the precious detail still commands the power to astonish and delight us.

Meredith Parsons Lillich is Professor of Art History at Syracuse University. She is the author of The Armor of Light: Stained Glass in Western France, 1250–1325 (1991) and The Stained Glass of Saint-Père de Chartres (1978). 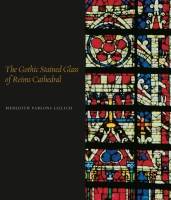 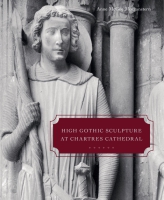 High Gothic Sculpture at Chartres Cathedral, the Tomb of the Count of Joigny, and the Master of the Warrior Saints