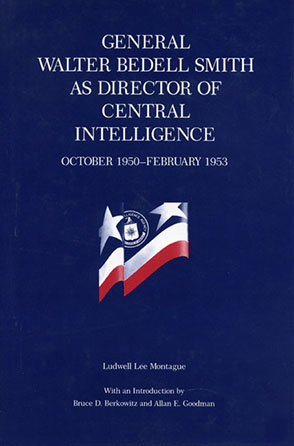 Ludwell Lee Montague's book is one of the first documents, along with Darling's history, to be declassified and made available under the CIA's Historical Review Program, launched in 1985. Montague was a leading government official who participated in the interdepartmental debate over the postwar organization of U.S. intelligence that occurred in 1945. He drafted many of the policies of the Joint Chiefs of Staff during this bureaucratic struggle, including JIC 239/5, the plan that was also the basis for the establishment of the Central Intelligence Group, the predecessor of the CIA. He served as General Smith's executive assistant when Smith was appointed Director of Central Intelligence in 1950.

This book serves as an important companion to Arthur Darling's book in that it provides both background material and Montague's opinion concerning how Darling's study came into existence. Most of this work survived the declassification process relatively intact to give us a detailed analysis of a critical period in the development of the intelligence community.