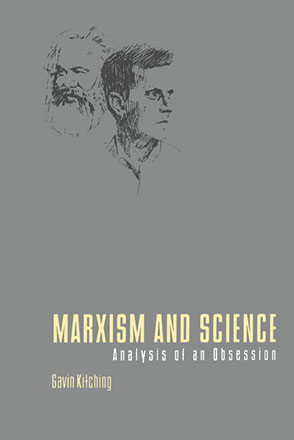 Marxism and Science breaks new ground by using Wittgensteinian analysis of Marxist discourse to construct a totally different conception of Marxism appropriate to the postmodern world. In this conception, Marxism is a point of view that can be advanced, rationally defended, and made convincing and persuasive to others, but that is as partial in some respects as any other political point of view. Reconceiving Marxism thus requires not only understanding language in a different nonobjectivist way but also adopting a new political practice and program, which the book proceeds to outline.

Marxism and Science concludes that, intellectually, Marxism as hard science is fairly obviously and profoundly untenable. But it goes on to argue that the purely intellectual grounds for this claim are much less interesting than the political and psychological purposes that such a claim has always served for Marxists in particular and scientific socialists in general. The most important of these purposes has been to provide a sort of psychological and emotional certitude to set against the overwhelming existential domination of capitalism in the world. Claiming this certitude to be as spurious as the arguments used to sustain it, the author calls upon Marxists and socialists to admit this and accept the doubt and uncertainty that come with a frank avowal of an open and unforeclosed future.

Gavin Kitching is Senior Lecturer in Political Science at the University of New South Wales and author of several books, including Karl Marx and the Philosophy of Praxis (1988).