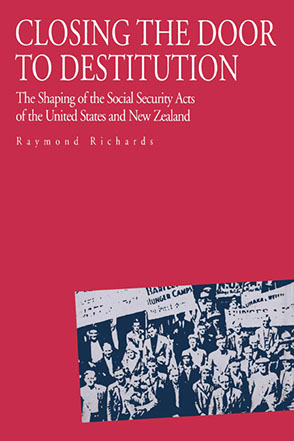 During the depression of the 1930s, both the United States and New Zealand passed a Social Security Act. Both countries were developed nations of the "new world," and each statute was an omnibus measure aimed at protecting citizens from the poverty so visible at the time. The two acts, however, were very different. The New Zealand measure was absolute, promising everyone medical care and a reasonable income in every circumstance. It redistributed income downward. The U.S. act addressed only a handful of risks, and each of its two main programs covered less than half of the population. Its benefits were funded by regressive taxes, and the main programs promised more help, not to persons in greater need, but to those from higher-paying jobs.

Scholars of comparative public policy have tried to account for such differences among welfare states. Their explanations have commonly stressed economic, cultural, bureaucratic, or political differences among countries. The character of life in these two countries makes it possible to conclude simply that the United States and New Zealand passed contrasting acts because their histories were different. Richards argues that this conclusion is too vague. After all, the Social Security Acts did not materialize from national ambiance. He shows that the contrasts between the two systems stemmed from national differences that were inveterate, with the differences between their political systems being the most direct influence. By closely examining the two systems of government, Richards reveals that the U.S. Social Security Act reinforced the country's inequalities while New Zealand's act reflected that nation's legislative and electoral arrangements, which allowed bold policy-making by politicians who knew the pain of poverty.

“Raymond Richards adds a comparative dimension to a subject that is often discussed in vague generalities. His study is grounded in ‘thick description’ of both the New Zealand and American experiences. He has also composed what I believe to be a thoroughly original discussion of the role of insurance companies in the passage of the 1935 Social Security Act. This book should appeal to historians, political scientists, and historical sociologists.”—Edward D. Berkowitz, George Washington University

Raymond Richards is Lecturer in History at the University of Waikato, New Zealand.