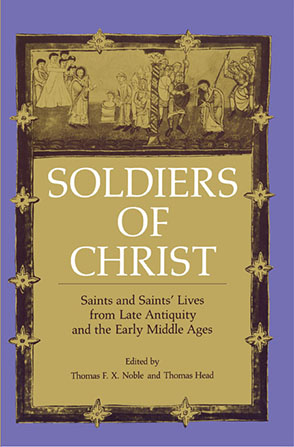 To understand European culture and society in the Middle Ages it is essential to understand the role of Christianity. And there is no better way to understand that role than to study that religion's greatest human heroes, the saints. For if Christians regarded God as their king, then the saints were the Christian nobility, human members of the divine court. To use one much-repeated phrase, they served as "soldiers of Christ." The purpose of this volume is to present in English translation some of the most significant records of the lives of those people considered to be saints. In exploring these works the reader will be presented with rich evidence about the development of religion and society in western Europe from the late Roman empire to the great changes that transformed European society around the year 1000.

Each text is newly annotated and prefaced by the editors, and a general introduction on saints and saints' lives makes the volume ideal for students and general readers. Included are lives of Martin of Tours, Augustine of Hippo, Germanus of Auxerre, Boniface of Crediton, Sturm, Willibrord, Benedict of Aniane, Leoba, Willehad of Northumbria, and Gerald of Aurillac, as well as the Hodoeporicon of Saint Willibald.

Thomas F. X. Noble is Associate Professor of History at the University of Virginia and the author of The Republic of St. Peter: The Birth of the Papal State, 680-825 (1984).

Thomas Head is Assistant Professor of History at Washington University in St. Louis and the author of Hagiography and the Cult of the Saints: The Diocese of Orleans, 800-1200 (1990).