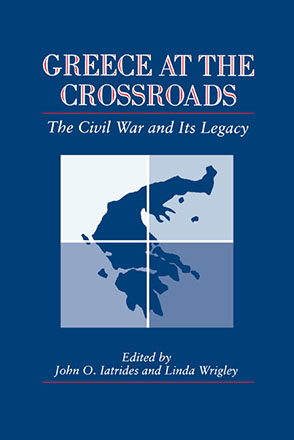 The Greek civil war that broke out at the end of World War II was one of the formative events in the early days of the Cold War. In the fall of 1944, at the moment of liberation from the German occupiers, Greece stood at the "crossroads," in need of a new constitutional and social order. However, the factions that vied for influence over the state promoted their particular agendas with a vehemence, exclusiveness, and mistrust that destroyed any chance for genuine compromise and reconciliation.

The essays collected here represent a systematic attempt to examine the domestic and external forces that were actively involved in the Greek civil war of the late 1940s and that contributed to its resolution. Specifically, they consider the political options available to postwar Greece by identifying the principal actors promoting such options and analyzing their programs, tactics, strengths, and weaknesses. They also highlight the close interaction among domestic, regional, and global levels of conflict and measure the impact of that conflict on the political development of Greece.

John O. Iatrides is University Professor of International Politics at Southern Connecticut State University. He served with the Greek National Defense General Staff during 1955–56 and with the Office of the Prime Minister of Greece from 1956 to 1958.

Linda Wrigley is Associate Editor of the World Policy Journal and the former Associate Director of the Lehrman Institute.

7. Stabilization, Development, and Government Economic Authority in the 1940s/Stavros B. Thomadakis

10. The Impact of the Macedonian Question on Civil Conflict in Greece, 1943–1949/Evangelos Kofos