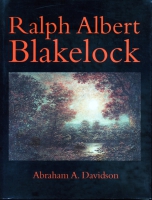 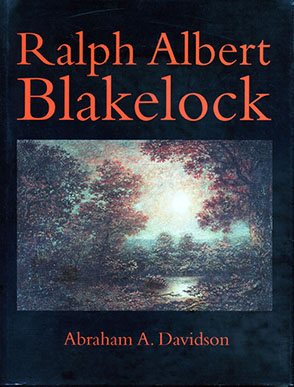 “Davidson has written the first true, full-length monograph on an artist who was one of America’s best-known painters at the turn of the 20th century.”Choice

While Ralph Albert Blakelock (1847-1919) appears in every major survey of American art, no current books exist on his life and work. In this comprehensive study, Abraham Davidson argues convincingly that Blakelock is one of the greatest American painters of the nineteenth century, whose art ranges from the "romantic visionary" school reminiscent of Albert Pinkham Ryder to, later in his tragic life, a more realistic, physically experimental style often touching on abstraction. Davidson examines the haunting influences of Blakelock's visits to the American West and the Caribbean while a young man, reflected in his strikingly original landscapes. He also explores Blakelock's connections to various American movements, including the Hudson River School, the Barbizon School, and Tonalism, and discusses the works he produced while institutionalized for schizophrenia for much of the last twenty years of his life. More than 150 black-and-white and color illustrations reproduce many of Blakelock's paintings for the first time.

Drawing upon previously inaccessible biographical materials, including family letters and the artist's travel notes, Davidson pays special attention to the pre- and post–1880s and 1890s periods of Blakelock's work, practically unknown until this study. Despite being confined to an asylum in 1899, he continued to paint amazingly diverse landscapes on bits of cardboard or paper, often with brushes fashioned from bits of tree bark or his own hair. These later works "attest above all to Blakelock's quiet, almost joyous attention to nature. . . . [and] evoke the places and vistas that sustained [him], enabling him to pursue and even develop his vision, despite the odds" (New York Times).

This important book restores Blakelock to his rightful place as a major contributor to the art of his period and to the development of American painting in general.

“Davidson has written the first true, full-length monograph on an artist who was one of America’s best-known painters at the turn of the 20th century.”Choice

“Blakelock is an artist who provides a fascinating excursion around the major schools and traditions of American painting of the late nineteenth and early twentieth century. His purpose is to bring to light a significant but relatively neglected artist through meticulous analysis of his life and paintings, as well as the literary, sociological, psychological, and even religious phenomena which might have served as an inspiration. Abraham Davidson has made an excellent job of the difficult task of combining biography and artistic analysis.”—Jeanne Chenault Porter, Penn State University