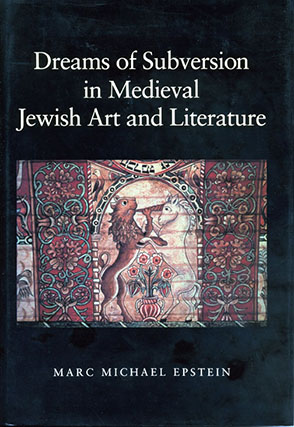 “This is an interesting, innovative piece of research. . . . Epstein has written a really fine, provocative book that should be of interest to all medievalists.”Choice

Europe's Jewish minority culture was subjected to a barrage of public images proclaiming the dominance of the Christian majority. This book is the first to explore the Jewish response to this assault in the development of a visual culture through which Jews could affirmatively construct their identity as a people. It demonstrates how medieval Jews gave voice to messages of protest and dreams of subversion by actively appropriating and transforming the quintessential symbols of the dominant culture. Using a variety of methodologies drawn from art history, cultural studies, and the history of mentalités, this work illuminates aspects of the inner landscape of medieval Jewry as reflected in animal symbolism in text and iconography, a very rich and hitherto undiscovered realm.

Marc Michael Epstein examines the ubiquitous hare-hunt and the cryptic iconography of elephants flanking the ark in the synagogue, dragons straddling the line between the divine and the demonic worlds, and unicorns that seem to have leaped directly from the christological world of the illuminated bestiary into a universe of Jewish messianic symbolism. These images, often marginal in situation, tend to be regarded as derivative of Christian art or as mere decoration, yet they are illustrative of the manner in which Jews subversively recast various symbols from their own tradition and from Christian culture. An understanding of medieval Jewish self-definition through the "secret language" of their iconography is essential for analysis of the roots of intercultural conflict and collusion in the West.

“This is an interesting, innovative piece of research. . . . Epstein has written a really fine, provocative book that should be of interest to all medievalists.”Choice

Marc Michael Epstein is Assistant Professor of Religion and Director of Jewish Studies at Vassar College.