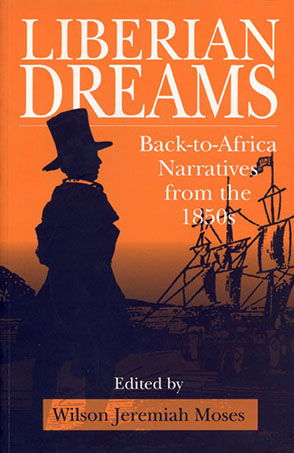 Attitudes among African Americans toward colonization were varied, some viewing it as an opportunity to start new lives in a free country and others seeing in it a deceptive scheme of the white man. But when the passage of the Fugitive Slave Act in 1850 put the freedom of every person of African descent in jeopardy, many began to consider emigration their only option.

This collection of historic documents illuminates the debate on emigration through the narratives of four black men who in 1853 traveled to the new black nation of Liberia. Their accounts offer surprisingly different views and insights on the young country and provide both endorsements and condemnations of the colonization effort.

Liberian Dreams contains four selections that have never before been published in a single volume: William Nesbit's attack on Liberia and its sponsors, Samuel Williams's spirited defense of the black republic in response to Nesbit, Daniel Peterson's pro-emigration tract commissioned by the ACS, and Augustus Washington's balanced critique of both sides of the issue. Each account offers a perspective not found in the others, and together they cover nearly the full range of debate among black Americans of that time.

These narratives shed light not only on the experience of creating a new country but also on the conflict among African Americans over the colonization effort, and they offer a unique opportunity to witness African Americans encountering Africans and their cultures. The selection by Augustus Washington in particular reveals the insights of an educated community activist with a sure understanding of the issues at stake. Historian Wilson Moses, who has published widely on African American history and black nationalism, provides an introduction that expertly places the selections in context.

Wilson Jeremiah Moses is Professor of History at Penn State. Among his other books are Black Messiahs and Uncle Toms: Social and Literary Interpretations of a Religious Myth (Penn State, 1993) and The Golden Age of Black Nationalism (1988).