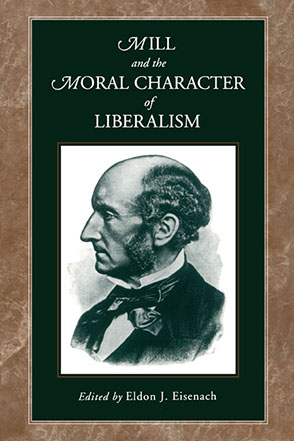 Universally acknowledged for his role in the development of modern liberalism, John Stuart Mill has fallen out of favor with today’s moral and political philosophers who fail to read beyond his works Utilitarianism and On Liberty. This collection of essays seeks to reestablish Mill as an important thinker for our time by stressing the moral basis of liberal democracy in a wide range of his writings

These essays examine the full range of Mill’s work—including letters, diaries, and speeches—to show that he was more interested in issues of character and leading a good life than in rules of obligation. They show how Mill sought to introduce historical consciousness and social responsibility into all aspects of his moral and political philosophy, and they contrast his vision of a liberal society with current theories of liberal democracy.

The volume also includes three earlier studies that provide grounds for rethinking how the history of modern liberal philosophy might be written. Together, all of the contributions situate Mill at the boundary of the liberal-communitarian divide, revealing his reflections on the limits of democracy, the role of the family, and the relationship of economic resources and their distribution to self-development and sociality.

This collection shows how Mill can light the way out of the darkening maze of rights and identity discourse in which liberal moral and political philosophy now finds itself. It provides an alternative to the Rawlsian model of liberalism and seeks to infuse academic disciplines and cultural communities with a morally responsible commitment to liberal democratic society.

Eldon J. Eisenach is Professor and Chair of Political Science at the University of Tulsa. His most recent book is The Lost Promise of Progressivism (1994).