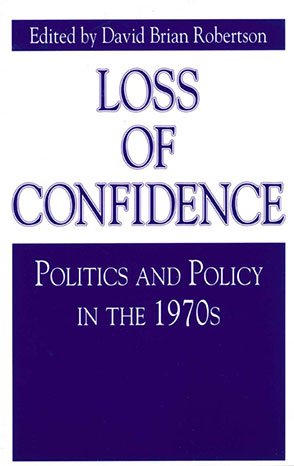 At the beginning of the decade, a confident American public and its leaders still embraced the government activism that was the legacy of the New Deal. But grave doubts about the efficacy of public policy—fueled by Watergate, Vietnam, stagflation, energy crises, and intensely controversial social policies—undermined this public trust as the decade wore on, until by the end tax revolts were breaking out across the country. Describing government as the problem, not the solution, Ronald Reagan broke with tradition to set a political and policy agenda that has been dominant ever since.

David Brian Robertson is Associate Professor of Political Science at the University of Missouri, St. Louis, and Associate Editor of The Journal of Policy History.