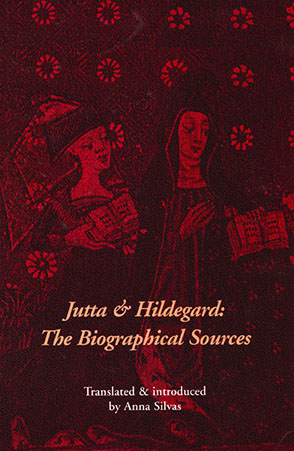 This book presents in one volume the full range on biographical sources of the outstanding female religious figure of twelfth-century Germany, Hildegard of Bingen (1098–1179). In addition it gives the English reading public the first in-depth view of Hildegard's spiritual mother, Jutta of Disibodenberg (1092–1136).

Most documents appear in translation for the first time. In particular, the Life of Jutta, which Hildegard herself instigated as a memorial to her spiritual mother, is a major source, recently discovered, that sheds new light on the early life of Hildegard. In addition to her accurate and sensitive translations, Silvas provides a detailed apparatus of up-to-date introductions, notes, and appendices.

Included are the following documents:

• Guibert's Letter 38 to Bovo (including his incomplete Life of Hildegard)

•Eight Readings to be read on the Feast of St. Hildegard

• Guibert's Revision of the Life of Hildegard

Anna Silvas, formerly a member of a Benedictine monastic community, is a doctoral student in the School of Classics and History at the University of New England, Australia.