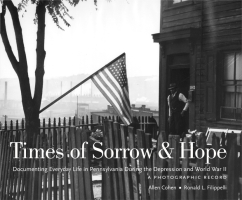 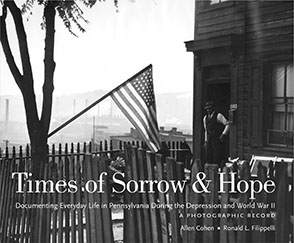 “These selections are a reflection of the sensitive and historically significant work done in the Commonwealth, an enduring record of a desperate time in America.”—Bob Hoover, Pittsburgh Post-Gazette

To visit a gallery of some of the photographs in the book, click here.

Between 1935 and 1946 a group of photographers working for the federal government fanned out across the country to record American life in pictures. Among them were some of the great documentary photographers in American history—including Marjory Collins, Jack Delano, Sheldon Dick, Walker Evans, Dorothea Lange, Ben Shahn, and Marion Post Wolcott. This massive photographic project, carried out primarily under the auspices of the Farm Security Administration (FSA) and the Office of War Information (OWI) and later preserved at the Library of Congress, was unrivaled in scope: no comparable attempt to document life in this country has ever been made. Times of Sorrow and Hope is devoted to the Pennsylvania photographs in the FSA-OWI collection. It is both a book and an online catalog.

The Times of Sorrow and Hope book features 150 selected images from the approximately 6,000 Pennsylvania photographs, and they cover themes ranging from coal mining, steelworkers, and women in wartime industries to cities and small towns, farm life, family life, and life among the Amish and Mennonites. The book also includes an essay introducing the FSA-OWI project, an introduction to the catalog of the entire collection of Pennsylvania photographs, and a historical essay on Pennsylvania during the Great Depression and World War II.

The website that accompanies this volume offers a complete catalog of all the FSA-OWI photos taken in the state as well as detailed descriptions and guides to the images. The catalog is keyed to the holdings of the Library of Congress, which houses the fullest collection of FSA-OWI photographs. The Times of Sorrow and Hope website, sponsored by the Penn State University Libraries, can be found at https://libraries.psu.edu/about/collections/times-sorrow-and-hope

Times of Sorrow and Hope provides a unique, comprehensive visual and written record of Pennsylvania history as the state struggled through one of its darkest periods and confronted new economic, political, and social challenges.

“These selections are a reflection of the sensitive and historically significant work done in the Commonwealth, an enduring record of a desperate time in America.”—Bob Hoover, Pittsburgh Post-Gazette

“This book of black-and-white pictures by some of the twentieth century’s most talented photographers recaptures the authentic look and feel of the Depression and the home front during World War II. As an added bonus, these are Pennsylvanian scenes and people.”—Richard Robbins, Tribune-Review

“From the gaunt faces of black children in an Aliquippa slum to the grubby faces of coal miners in Pittsburgh, Times of Sorrow and Hope captures in moving photographs the faces and emotions of the years of the Great Depression and early World War II in Pennsylvania.”—Mary O. Bradley, Harrisburg Patriot News

“Still much intrigued by American expressionism, I was happy to also have this book along.”—Kurt Shaw, Tribune-Review

“A valuable pictorial study and resource for Pennsylvania history, but it raises issues about reading documentary photographs—what can be seen and interpreted with or without captions. Extended captions: biographical notes.”—P.C. Bunnell, emeritus, Choice

“This wonderful book is beautifully produced on quality paper stock. The printing captures the broad range of tones in black and white photography with an appealing fidelity. The fine, semi-matte surface of the book’s pages allows for the inks to render the images with great accuracy. This can be seen mostly in the success of rendering the shadow details. The layout and design of the book are well done. The photographs are presented in a consistent size from page to page with plenty of white space around them to set them off, as if they were framed for an exhibit.”—Guy Freeman, Cumberland County History

Allen Cohen is a retired librarian from the University of California, Santa Barbara, a bibliographer, and a film historian whose most recent book is a co-authored work, John Huston: A Guide to References and Resources (1997).

Ronald L. Filippelli is Professor of Labor Studies and Industrial Relations as well as the Associate Dean for Administration and Undergraduate Studies at Penn State. His most recent book is a co-authored work, Cold War in the Working Class: The Rise and Decline of the United Electrical Workers (1995), and he has been a frequent reviewer for The International Journal of the History of Photography.

1. Pennsylvania from Depression to War

The War at Home

3. Introduction to the Times of Sorrow and Hope On-line Catalog

4. Guides to the Times of Sorrow and Hope On-line Catalog

Appendix: FSA-OWI Photographs in This Book 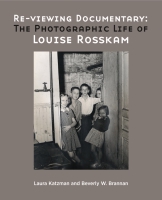 The Photographic Life of Louise Rosskam 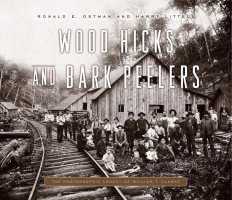