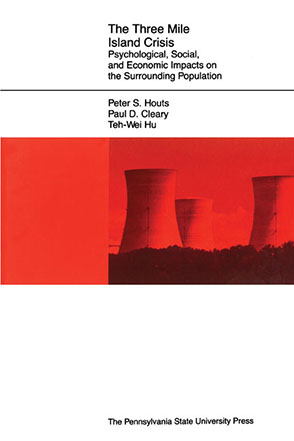 Five major findings are detailed: First, evacuation was extensive and involved many more people than those included in the governor's advisory. Second, the short-term economic impact on the area adjacent to the power plant was less than for most disasters, but the long-term impact was greater. Third, levels of concern (stress-related symptoms and attitudes) about TMI were higher among those close to the plant than among those 40 to 55 miles away, and this persisted for over a year following the accident. Fourth, people living near TMl tended to overestimate the effects of the accident on real estate values, physical and mental health, and numbers of persons moving out of the area. And, fifth, people who took action to try to cope with the perceived danger were more likely than others to remain upset about TMI as time passed.

Further, three characteristics of the TMI crisis were noted: the danger (radiation) was difficult to see, measure, or understand; the public was dependent on experts to assess the danger; and the power company, Metropolitan Edison, was blamed for the accident and thus lost the trust of the people. The significance of these characteristics and their affect on the accident's impact are presented and assessed.

This book will be important to scholars who study the social and political significance of the TMI crisis, to planners who prepare for public emergencies, and to social scientists who try to understand why people respond as they do to crisis situations.

Teh-wei Hu is Professor of Economics in the School of Public Health at The University of California, Berkeley.