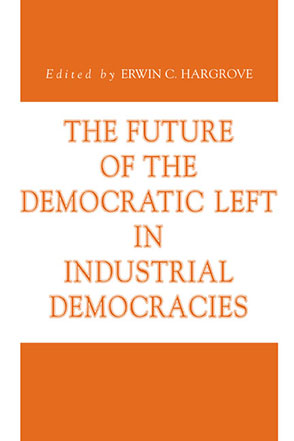 -If the traditional social bases of left parties are now too limited for winning in majoritarian politics, what kind of coalitions and ideas, which reach beyond those bases and yet retain them, may be effective?

- If the answer to the first question is that such umbrella coalitions are too torn to be workable, what is the alternative? What is gained and lost in moves toward the center or further to the left?

- Is coalition politics sufficient for governance in terms of both policy and the long-term political health of a party, or must there be a central, guiding set of ideas around which coalitions are formed?

- What are the inherent weaknesses of market-oriented parties against which democratic center-left parties might appeal and win?

- To what extent do national histories and political cultures both provide resources for, and set constraints and limits on, what parties may creatively do with political appeals and policies?

The center of political gravity differs in these countries, with the United States and United Kingdom to the right and France and Germany to the left. Neither Poland nor Russia has been able to develop a party of this kind with any political strength. These essays explore how center-left parties, positioned as they are in the electoral spectrum, cope with the challenge of establishing an ideology to distinguish themselves from center-right parties and, while remaining both moderate and progressive, or even radical, try also to capture the center of politics.