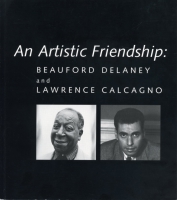 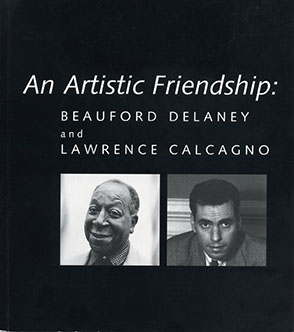 But Delaney and Calcagno had many things in common. Both men committed themselves wholeheartedly to lyrical abstraction, though Delaney's work was ultimately influenced more by Claude Monet's fluid water-lily paintings than by the color-field painters so important in Calcagno's formation as an artist. Both men shared an interest in the philosophical underpinnings of their abstract work. Calcagno's abstract "landscapes of the mind"—with their recognizable and consistent horizons—derived in part from the artist's sense of the universal, yet mysterious harmony of nature. For Delaney, abstraction gave form to the "higher power" of light in the world, a light that, according to his close friend James Baldwin, "held the power to illuminate, even to redeem and reconcile and heal." Both men experienced the power of melancholia (in Delaney's case, the debilitating effects of mental illness), and both understood well the social isolation accompanying their homosexuality.