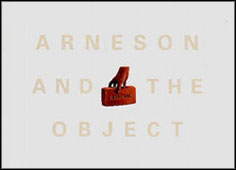 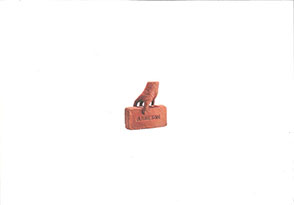 This catalogue, which accompanied an exhibition of the same name at the Palmer Museum of Art, provides new insight into the significance of the sculpture of Robert Arneson (1930–1992), an internationally acclaimed artist and influential teacher. Through much of his career, Arneson concentrated on making ceramic sculptures either of himself or of commonplace objects from bricks to toasters and telephones. Arneson’s sculptures of the stuff of everyday life, as Leo G. Mazow observes, challenge the practice of separating “craft” from “art” and, more generally, the practice of excluding everyday objects from the sphere of the museum. Mazow also discusses the sculptor’s role in the formation of Pop art and his eerie foreshadowing of certain of the politically charged themes chosen by many recent artists. In addition to Mazow’s critical essay, Arneson and the Object offers color reproductions of all the works in the 2004 exhibition at the Palmer Museum and the text of a hitherto unpublished interview with the sculptor’s widow, Sandra Shannonhouse, and his student, Stephen Kaltenbach.