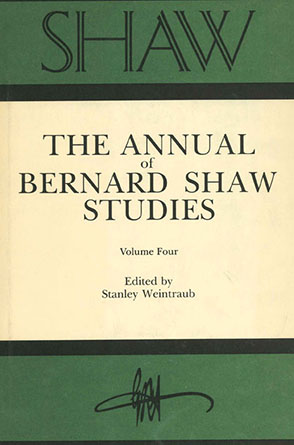 Also included are the regular departmental features —the "Continuing Checklist of Shaviana" and reviews of relevant new books—that keep Shavian scholars and interested readers informed of recent additions in the realm of Shaw studies.

4. DUCATS AND DAUGHTERS IN THE MERCHANT OF VENICE AND MAJOR BARBARA 69

5. WILLIAM ARCHER AND THE DOCTOR'S DILEMMA 87

7. MOTHER, SISTER, AND WIFE IN THE MILLIONAIRESS 113

9. PLAYING JOAN ON RADIO AND TELEVISION 139

SHAW'S INTREPIDITY AS LETTER WRITER: THE CORRESPONDENCE WITH FRANK HARRIS 202

A CONTINUING CHECKLIST OF SHAVIANA 211