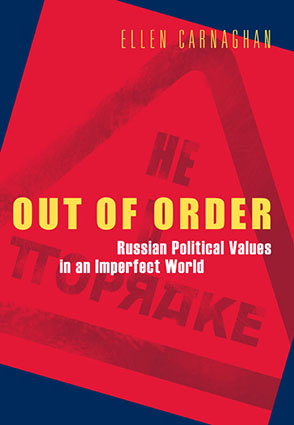 One common explanation for the failure of democracy to take root in Russia more quickly and more thoroughly than it has points to inherited cultural values that predispose Russian citizens to favor an autocratic type of governance. Ellen Carnaghan takes aim at this cultural-determinist thesis in her study of Russian attitudes, based on intensive interviews with more than sixty citizens from all walks of life and a variety of political orientations.

What she finds is that, rather than being influenced by an antidemocratic and anticapitalist ideology, these ordinary citizens view the economic and political system in Russia today very critically because it simply does not function well for them in meeting their everyday needs. They long for order not because they eschew democracy and free markets in any fundamental way, but because they experience them currently as chaotic and unpredictable, leading to constant frustration. As a result, there is reason to be optimistic about further progress in democratization: it depends on improving the functioning of existing institutions, not transforming deep-rooted cultural norms.

In the Conclusion, Carnaghan applies her argument to elucidating the reasons why Russians have responded favorably to what Westerners see as moves in an antidemocratic direction by Vladimir Putin’s government.

“All in all this is a fine and instructive book that should be read by anyone interested in Russian political development.”—Neil Robinson, Slavic Review

A Note on Transliteration

2. The Tangled Web of Culture

3. Russians in Their Own Words

6. Views on Order, Disorder, and Democracy

7. Views of Change: The More Things Change, the More They Stay the Same