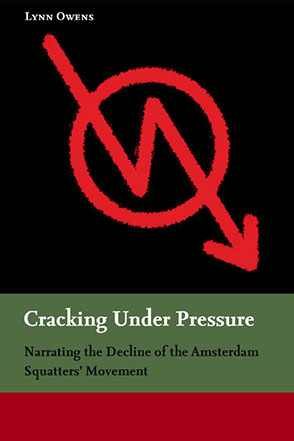 Social movements excite and energize their participants in their early phases, with expectations high and ambitions yet unchecked by reality. Consequently, the academic study of social movements has focused primarily on the stages of mobilization and growth. But all movements eventually decline, and it is important to understand why they do, when they do, and what the effects of decline are.

Lynn Owens aims to broaden and enrich social movement theory by focusing on this phase of decline. He does so through a close investigation of the fate of the squatters’ movement in Amsterdam, which emerged in the late 1970s as a reaction to the housing shortage of the 1960s, peaked in the early 1980s at some 10,000 participants, and then fell into a period of prolonged decline. As a movement significant for its influence on radical movements elsewhere in Europe and for its contribution to Amsterdam’s reputation as a center of countercultural activity, this case study affords an opportunity to examine not only why movements decline but also how—how activists respond to decline first by downplaying it, then by debating it, and finally by adjusting to it.

Owens is particularly interested in the subjective experience and culture of decline and focuses on three central aspects: the role of narratives in giving meaning to events, both producing and constraining action; the incorporation of the management of emotions into the institutions and practices of the movement; and the complex relationship between culture and politics, with decline spurring clashes over which to emphasize, conflicts with important consequences for the movement’s outcome.

“All movements decline, yet we know little about why and how and when they decline. In this fascinating account of the Dutch squatters’ movement, Lynn Owens shows that the stories activists told about the movement’s beginnings later limited the actions they could take when the movement’s survival was in jeopardy. Drawing effectively on activists’ voices and combining a sophisticated theory of narrative with a shrewd analysis of movement politics, the book is both an important contribution to movement scholarship and a terrific read.”—Francesca Polletta, University of California, Irvine

“Owens has written an interesting study, providing a sound survey of the state of the art in this field. His book is well written and includes an extensive list of sources. In introducing the concept of ‘narratives of decline,’ he contributes something new to the field. Scholars researching the history of the squatters’ movement will find his study essential reading.”—Bart van der Steen, International Review of Social History

Lynn Owens is Assistant Professor of Sociology at Middlebury College.