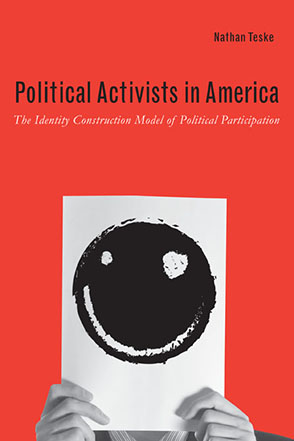 The book argues against approaches that see politics as an inherently costly or unpleasant activity. In contrast, the identity construction approach sees political activism as enabling activists to become people whom they would otherwise have been unable to become. The construction of identity for all activists is both about morality and about what one wants for oneself, and hence it illustrates shortcomings in approaches that divide motivations into either the "self-interested" or the "altruistic."

Nathan Teske has a PhD in Political Science from the University of California, Berkeley. He works for Catholic Charities in Oregon.

Part I: Activism in Political Science

Portrait of an Activist

Part III: Politics, Purposes, and the Incentive Theory of Groups

Part IV: Identity as the Basis for Activism

Morality as Altruism: The Antirational-Choice Approach in Contemporary Social Science

Beyond Altruism: Suggestions from Activists

Beyond Self-Interest Versus Altruism: Identity Construction as the Moral Basis of Activism

Self-Interest, Altruism, and the Concept of a Moral Consideration