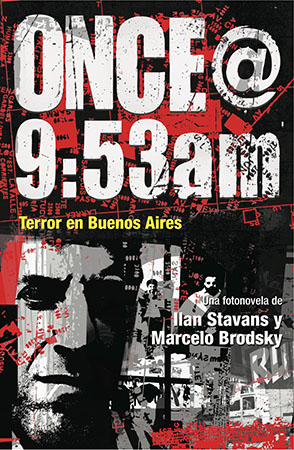 Part documentary, part fiction, this vivid retelling of Argentina’s deadliest bombing depicts a vibrant, complex urban community in the hours before its identity was forever changed. This expanded English edition includes a new essay by Ilan Stavans detailing the aftermath of the attack and the faulty investigations that have yet to yield any arrests or reach resolution.

A unique and powerful visual experience, Once@9:53am is both a commemoration of an atrocity that shifted Latin American Jewish identity in innumerable ways and an ingenious use of a popular format to explore the dangerous intersection of politics and religion in Latin America.