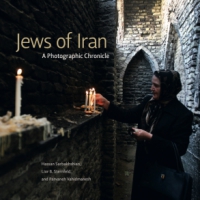 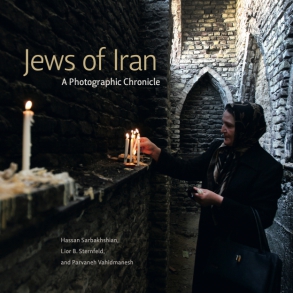 “The eclectic photographs in this attractive coffee-table volume run the gamut from two Jewish carpet merchants working in their shop in Tehran’s Grand Bazaar to a group of Jewish boys playing football at a Hebrew school. Still other photos illuminate the diversity of Jewish life in contemporary Iran.”—Sheldon Kirshner, Times of Israel 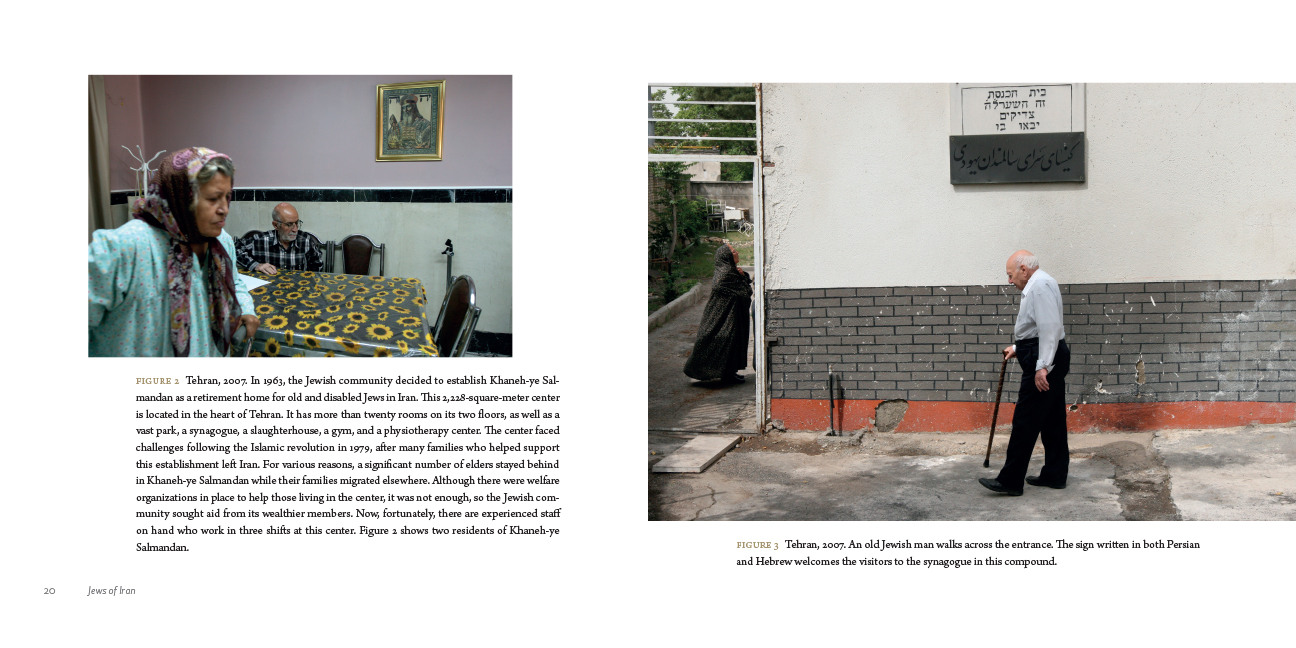 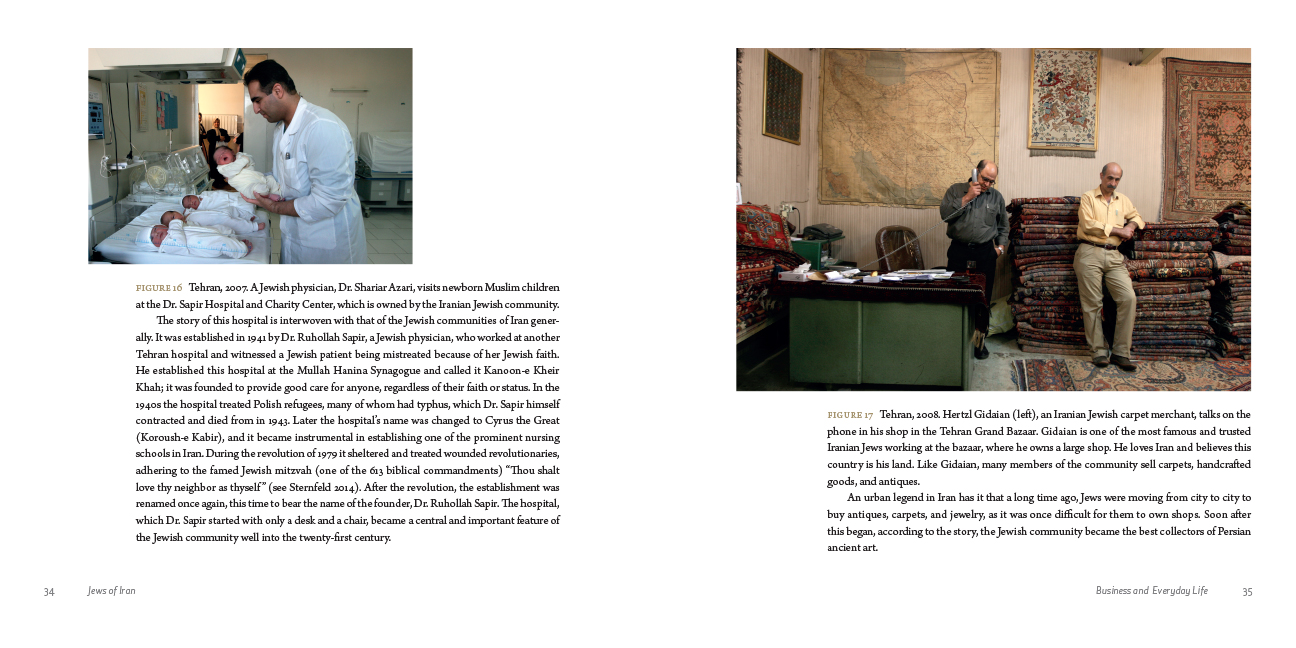 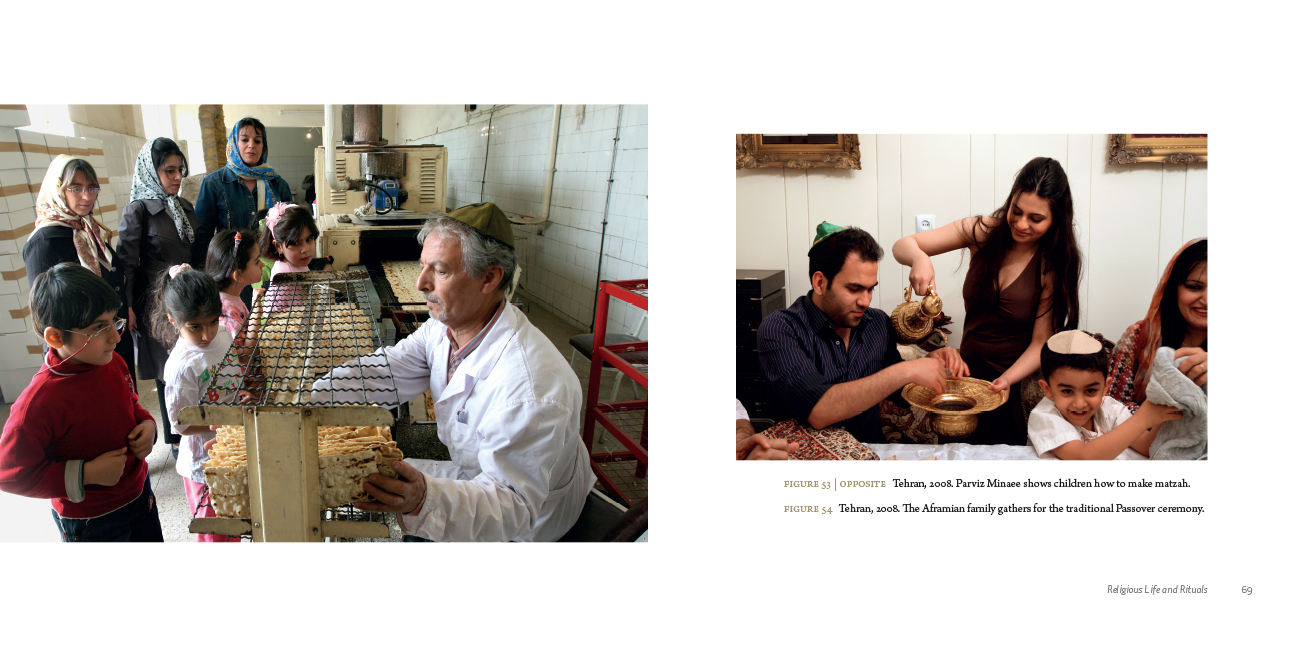 This book reveals one of the most beautiful and complicated untold stories of our time.

Westerners often imagine Jews in Iran as a captive and oppressed community, alienated within their home nation yet restricted from leaving it. The reality is much more complex. Jews of Iran is a photographic journey through twenty-first-century Iran, providing a unique view of the country’s Jewish community in situations typically unknown to the Western world. Photojournalist Hassan Sarbakhshian spent two years living among Iran’s Jewish communities, joining them for holidays, family gatherings, and travels, and—with the help of fellow journalist Parvaneh Vahidmanesh—documenting how they lived. Moving beyond the well-known state and regional confrontations, the photos that Sarbakhshian took tell a broader story about a community of people who live in the figurative and literal middle. They are Iranian nationals by birth and by choice, and they are Jews by religious affiliation. Full loyalty to their country is expected, even as their ancestral homeland is at odds with their political homeland. This photographic chronicle illuminates the grey zone that they inhabit.

Featuring over one hundred full-color photos, contextualized with extensive annotations, and accompanied by a substantive introduction written by historian Lior B. Sternfeld, Jews of Iran calls into question Western views of this religious community.

“The eclectic photographs in this attractive coffee-table volume run the gamut from two Jewish carpet merchants working in their shop in Tehran’s Grand Bazaar to a group of Jewish boys playing football at a Hebrew school. Still other photos illuminate the diversity of Jewish life in contemporary Iran.”—Sheldon Kirshner, Times of Israel

“A rare glimpse into the lives of a community that has survived in Iran through thick and thin for 2,700 years, bringing together identities that are distinctively Jewish yet thoroughly Iranian.”—Jim Muir, BBC Iran correspondent, 1999–2004

“This remarkable collection of photographs beautifully captures the daily life of Iranian Jews under the Islamic Republic. It shows how survival involves daily compromise, and how this dwindling community has maintained its cultural and religious identity against all odds.”—Janet Afary, author of The Iranian Constitutional Revolution

“If ‘one picture is worth more than a thousand words,’ this book captures the complex world of the Jews of Iran. With sensitivity and artistic talent, Sarbakhshian and Vahidmanesh reveal their humanity, which is too often hidden from view.”—David Menashri, author of Post-Revolutionary Politics in Iran: Religion, Society and Power

Hassan Sarbakhshian has thirty years of experience in journalism, television production, and photojournalism. He began his journalism career at Voice of America in Washington, DC. His photographs have appeared in the New York Times, the Washington Post, Newsweek, Time, The Economist, and other international newspapers and magazines.

Lior B. Sternfeld is Associate Professor of History and Jewish Studies at The Pennsylvania State University and the author of Between Iran and Zion: Jewish Histories of Twentieth-Century Iran.

Parvaneh Vahidmanesh has seventeen years of experience in journalism inside and outside of Iran. She is currently a broadcast journalist at Radio Free Europe’s Persian service in Prague.