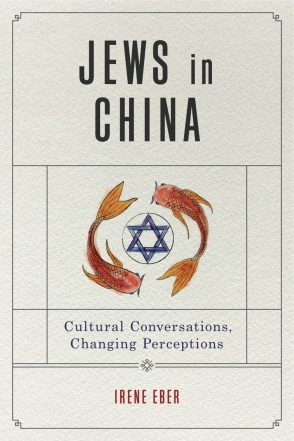 Jews in China delineates the centuries-long, reciprocal dialogue between Jews, Jewish culture, and China, all under the overarching theme of cultural translation. The first section of the book sets forth a sweeping overview of the history of Jews in China, beginning in the twelfth century and concluding with a detailed assessment of the two crucial years leading up to the Second World War. The second section examines the translation of Chinese classics into Hebrew and the translation of the Hebrew Bible into Chinese. The third and final section turns to modern literature, bringing together eight essays that underscore the cultural reciprocity that takes place through acts of translation.

The centuries-long relationship between Judaism and China is often overlooked in the light of the extensive discourse surrounding European and American Judaism. With this volume, Eber reminds us that we have much to learn from the intersections between Jewish identity and Chinese culture.

Irene Eber (1929–2019) was Professor Emerita at Hebrew University’s Louis Freiberg Center for East Asian Studies. She authored eleven books, including Chinese and Jews: Encounters Between Cultures, and was the editor of Jewish Refugees in Shanghai, 1933–1947: A Selection of Documents.

1. Overland and by Sea: Eight Centuries of the Jewish Presence in China

4. A Critical Survey of Classical Chinese Literary Works in Hebrew

9. Translation Literature in Modern China: The Yiddish Author and His Tale

11. The Critique of Western Judaism in The Castle and Its Transposition in Two Chinese Translations

13. Chinese and Jews: Mutual Perceptions in Literary and Related Sources

14. Learning the Other: Chinese Studies in Israel and Jewish Studies in China