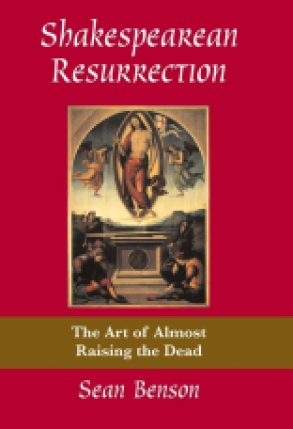 Benson’s close study of the plays, as well as the classical and biblical sources that Shakespeare fuses into his recognition scenes, clearly elucidates the ways in which the playwright explored his abiding interest in the human desire to transcend death and to live reunited and reconciled with others. In his manipulation of resurrection imagery, Shakespeare conflates the material with the immaterial, the religious with the secular, and the sacred with the profane.

Sean Benson is professor of English at University of Dubuque. He currently serves on the executive board for the South Central Renaissance Conference and on the Reader Advisory Board for Explorations in Renaissance Culture.