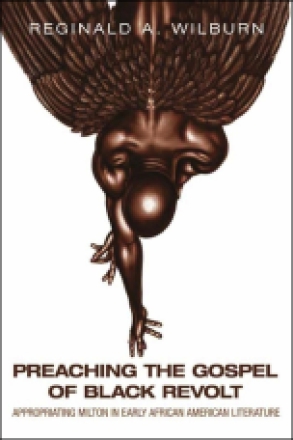 In this comparative and hybrid study, Reginald A. Wilburn offers the first scholarly work to theorize African American authors’ rebellious appropriations of Milton and his canon. Wilburn engages African Americans’ transatlantic negotiations with perhaps the preeminent freedom writer in the English tradition.

Wilburn explains that early African American authors were attracted to Milton because of his preeminent status in literary tradition, strong Christian convictions, and poetic mastery of the English language. This tripartite ministry makes Milton an especially indispensible intertext for authors whose writings and oratory were sometimes presumed beneath the dignity of criticism. Through close readings of canonical and obscure texts, Wilburn explores how various authors rebelled against such assessments of black intellect by altering Milton’s meanings, themes, and figures beyond orthodox interpretations and imbuing them with hermeneutic shades of interpretive and cultural difference. However they remastered Milton, these artists respected his oeuvre as a sacred yet secular talking book of revolt, freedom, and cultural liberation.

“The first, and long overdue, major elaboration of Carolivia Herron's argument in 1987 that Milton's legacy among African American readers is both distinctive and extensive.”—Ian Bickford, Modern Philology

“Through this book, Wilburn makes a major contribution to both Milton scholarship and African American studies by framing his argument on early African American writers’ use of Satan’s fallen journey through books 1 and 2 of Paradise Lost in order to proclaim a messianic message of racial uplift.”—Bradley P. Spaulding, Renaissance Quarterly

“All of Wilburn’s readers owe him a deep debt of gratitude for making it possible to envision this important remapping of Milton and African American studies.”—Paula Loscocco, Milton Quarterly

Reginald A. Wilburn is Associate Professor of English at the University of New Hampshire, where he teaches African American literature and drama, women’s literary traditions, and intertextuality studies. He has presented his work on Milton and African American literature and culture at the Modern Language Association; the International Milton Symposium in Tokyo, Japan; the African American Studies Spring Symposium at the University of Texas, San Antonio; and the Northeast Milton Seminar. Wilburn has published in Milton Studies and is a contributing author to Milton Now.