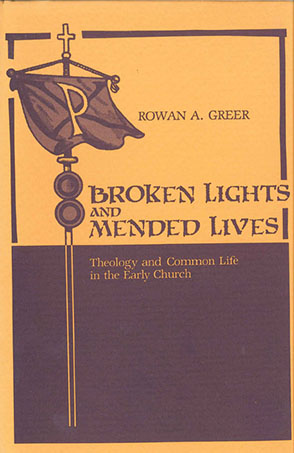 “A set of highly intelligent musings by a theologically-oriented student of early Christian life and thought.”Journal of American Academy of Religion

A discussion by a broadly respected authority of the complicated relationship between theology and ordinary life in the early church. The first section of the book scrutinizes theology with a view to understanding its bearing upon Christian understandings of life (the theological “stories” of Irenaeus, Gregory of Nyssa, and Augustine). The second section examines aspects of ordinary life and explores how Christians related them to religious ideas (the family, hospitality, citizenship, monasticism, and attitudes toward the collapse of the Roman Empire in the West).

This very learned piece of work, which reflects lengthy study of original texts as well as of the current and important secondary literature, is distinctive because it does not conform to the present reigning ideology: The author writes as a convinced Christian thinker. He believes that there is no such thing as a purely detached observer and that the best way of being critical and fair is to make no secret of one’s presuppositions, but to face them so as to be able to discount them when necessary. This quality makes the work interesting and suggestive. The book is of importance to scholars and theologians and to all concerned with the early church.

“A set of highly intelligent musings by a theologically-oriented student of early Christian life and thought.”Journal of American Academy of Religion

“The title explains the theme of the book. The broken lives are the theological systems of three patristic theologians—Irenaeus, Gregory of Nyssa, and Augustine—‘broken lights’ because no human mind, however brilliant, can do more than hint at the divine reality. The ‘mended lives’ are those of Christians in the early Church as exhibited in various relationships: in the family; in hospitality; in dealing with pagan culture and society; and in the monastic life, which supplied, in the Latin West, both a haven for refugees after the collapse of the Roman order in the sixth century, and a basis for the reordering of society in the Middle Ages. . . . Both the general reader and the theological student will obtain an outline—limited and controversial, of course, but none the less persuasive and valuable—of the thought of three major patristic theologians, together with an excellent general picture of social relations in the early Christian world, which are both important and also often undeservedly neglected in the formal study of Church history.”Journal of Ecclesiastical History

“A delight to read. Greer helps us to probe the theological visions of such giants as Iranaeus, Gregory of Nyssa, and Augustine and to see how their teachings have informed the church’s modes of interaction with the family, the society, and the government. His mastery of historical and theological detail illuminates ancient yet perennial issues in Christian experience.”Interpretation

Rowan Greer is a Walter H. Gray Professor of Anglican Studies at Yale University School and Fellow of Jonathan Edwards College at Yale University. He is the author of several books, including The Fear of Freedom: A Study of Miracles in the Roman Imperial Church (Penn State, 1989.)