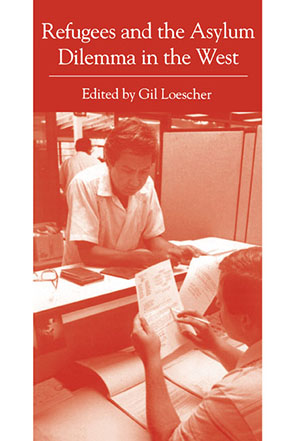 This is the first study of the asylum-refugee problems to examine not only the history of policies of receiving nations in the West but also some of the underlying causes of refugee movements. Past studies of the asylum problem have focused narrowly on the conditions in receiving countries and have failed to see the global interconnectedness of the refugee problem. The authors argue that resolving the asylum problem in the West requires policy makers to direct their attention toward the conditions outside the industrialized countries that cause mass movements of populations as well as toward the improvement of their own asylum procedures.

The present increase in the number of asylum-seekers and refugees is neither a temporary phenomenon nor a random product of chance events. It is the predictable consequence of fundamental political, demographic, economic, and ecological crises occurring throughout the Third World and Eastern Europe. However, Western governments did not until relatively recently envisage a large-scale movement of the poor countries northward to Western Europe and North America. Actual migratory pressures from the South and perceived threats of exodus from the East have only served to reinforce a restrictive attitude toward asylum. The refugee problem has reached such a critical point that the very institution of asylum is being threatened. These articles address the underlying causes of the current crisis, assess present policies, and define the considerations necessary for future policy-making.