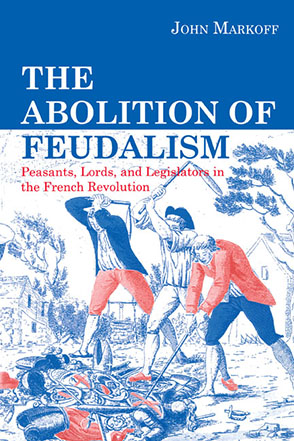 “The Abolition of Feudalism will become a sociological landmark. . . . Markoff recreates the temporal and spatial contexts within which Frenchmen acted with opportunism and idealism to make a revolution, whose contexts are illuminated in this wonderful book.”—Richard Lachmann, Social Forces

Winner of the 1998 Distinguished Scholarly Publication of the American Sociological Association, The 1997 David Pickney Prize from the Society for French Historical Studies, and The 1997 Allan Sharlin Memorial Award from the Social Science History Association

One of the most important results of the French Revolution was the destruction of the old feudal order, which for centuries had kept the common people of the countryside subject to the lords. In this book, John Markoff addresses the ways in which insurrectionary peasants and revolutionary legislators joined in bringing "the time of the lords" to an end and how, in that ending, seigneurial rights came to be central to the very sense of the Revolution. He traces the interaction of peasants and legislators, showing how they confronted, challenged, and implicitly negotiated with one another during the course of events.

Contrary to many historians who see the source of revolutionary change in elite culture, Markoff argues that peasant insurrection was a crucial element of the transformation of France. Of particular importance to the study is Markoff's analysis of the unique cahiers de doléances, the lists of grievances drawn up in 1789 by rural communities, urban notables, and nobles alike. These documents are invaluable for understanding the Revolution, but until the pioneering work of Markoff and Gilbert Shapiro, they had not been studied systematically at the national level. In addition to an unprecedented quantitative analysis of the cahiers, Markoff traces the ebb and flow of peasant insurrection across half a decade of revolutionary turbulence. He also offers qualitative analysis through his use of the records of the legislative debates as well as the memoirs and journals of the legislators.

The Abolition of Feudalism breaks new ground in charting patterns of grievance and revolt in one of the most important social and political upheavals in history.

“The Abolition of Feudalism will become a sociological landmark. . . . Markoff recreates the temporal and spatial contexts within which Frenchmen acted with opportunism and idealism to make a revolution, whose contexts are illuminated in this wonderful book.”—Richard Lachmann, Social Forces

“Only once in a great while does such a hugely important work emerge. This book, over twenty-five years in the making, relies on intimate acquaintance with the cahiers as well as an extremely thoughtful and careful understanding of an incredible range of scholarly works. . . . This work, rich in all regards, is one of those few books that anyone who wishes to understand the Revolution must read and absorb.”—Jack R. Censer, Journal of Social History

“John Markoff has provided us with a sophisticated and scholarly but also highly accessible study of the revolutionary process in France between 1788 and 1793. . . . It is a major contribution to our understanding of patterns of peasant unrest and, more generally, insurrection and conflict within modernizing societies.”British Journal of Sociology

John Markoff is Professor of Sociology and History at the University of Pittsburgh.