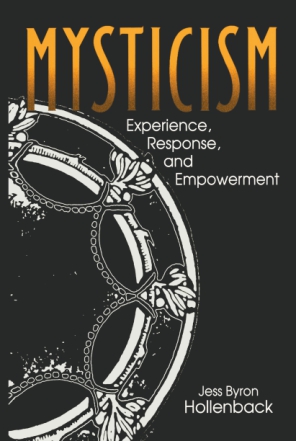 Hermeneutics: Studies in the History of Religions

“An important contribution to the comparative study of mysticism. . . . Especially noteworthy are extended studies of Lakota mystic Black Elk and Saint Teresa of Avila that demonstrate how the mystical experiences of these two were shaped and conditioned by their respective cultural contexts.”—Craig A. Burgdoff, Religious Studies Review

This sweeping study of mysticism by Jess Hollenback considers the writings and experiences of a broad range of traditional religious mystics, including Teresa of Avila, Black Elk, and Gopi Krishna. It also makes use of a new category of sources that more traditional scholars have almost entirely ignored, namely, the autobiographies and writings of contemporary clairvoyants, mediums, and out-of-body travelers. This study contributes to the current debate about the contextuality of mysticism by presenting evidence that not only are the mystic's interpretations of and responses to experiences culturally and historically conditioned, but historical context and cultural environment decisively shape both the perceptual and affective content of the mystic's experience as well.

Hollenback also explores the linkage between the mystic's practice of recollection and the onset of other unusual or supernormal manifestations such as photisms, the ability to see auras, telepathic sensitivity, clairvoyance, and out-of-body experiences. He demonstrates that these extraordinary phenomena can actually deepen our understanding of mysticism in unexpected ways.

A unique feature of this book is its in-depth analysis of "empowerment," an important phenomenon ignored by most scholars of mysticism. Empowerment is a peculiar enhancement of the imagination, thoughts, and desires that frequently accompanies mystical states of consciousness. Hollenback shows its cross-cultural persistence, its role in constructing the perceptual and existential environments within which the mystic dwells, and its linkage to the fundamental contextuality of mystical experience.

“An important contribution to the comparative study of mysticism. . . . Especially noteworthy are extended studies of Lakota mystic Black Elk and Saint Teresa of Avila that demonstrate how the mystical experiences of these two were shaped and conditioned by their respective cultural contexts.”—Craig A. Burgdoff, Religious Studies Review

“Jess Hollenback argues conclusively that the founding fathers and mothers of the modern study of mysticism posited an unnecessary hypothesis that has caused us to miss a central opportunity to understand the subject adequately. He elaborately proves that factors of time, place, and historical and cultural form of the particular religion of the authors being examined vitally affect their mysticism.”—Noel King, author of African Cosmos: An Introduction to Religion in Africa

Jess Hollenback is Assistant Professor of History at the University of Wisconsin, La Crosse.

Zen and the Unspeakable God