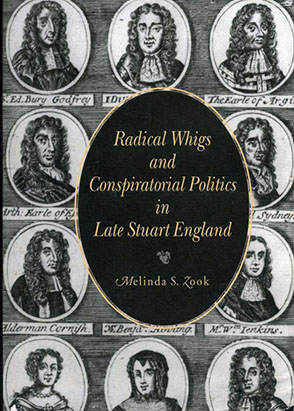 Scholars of political history have traditionally associated the creation of liberal political thought with the elite genesis of John Locke and the triumphant, bloodless, glorious Revolution of 1688. Radical Whigs and Conspiratorial Politics in Late Stuart England brings to life the true creators and disseminators of a liberal ideology based on contract and consent. Zook offers convincing biographical sketches of five popular polemicists whose ideas and actions influenced the goals of the Rye House conspirators in 1683, the Monmouth rebels in 1685, and Revolutionaries in 1688–89. She argues that liberalism was not forged in the philosopher's study in the peaceful country manor, but in noisy London taverns and coffeehouses, street corners and rented rooms, to be defended on the scaffold and battlefield.