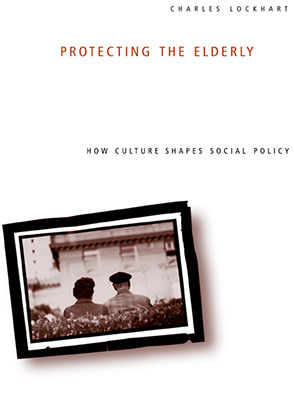 “This is a well-written, well-argued work that I believe will make a significant contribution to the study of political culture and to the understanding of welfare policies.”—Richard W. Wilson, Rutgers University

Building on the pioneering work of anthropologist Mary Douglas and political scientist Aaron Wildavsky, this book develops and applies "grid-group" theory to show how political culture can be used to explain decisions about social policy and how, as an interpretive approach, this theory complements the now more dominant "rational choice" and "institutionalist" models.

In Part One, Lockhart elaborates on the basic ideas involved in grid-group theory, using examples to help illuminate how the theory can address areas of explanation left out of rational-choice and institutionalist models, such as preference formation and institutional design. According to grid-group theory, different societies have varying proportions of their members who adhere to one or another of three ubiquitous, socially interactive cultures: hierarchy, individualism, and egalitarianism. The adherents of these disparate cultures adopt culturally constrained rationalities (based on rival sets of values) and strive to construct distinctive institutional designs.

In Part Two, this theory is used to help make better sense of social policy decision making. A society whose political elite is predominantly hierarchical, for instance, will develop social programs sharply distinct from those of societies whose leaders are adherents of individualism or egalitarianism. The empirical focus of this part of the book is on the decisions about policy affecting the elderly in the United States, the former Soviet Union, Germany, and Japan during the economically difficult 1980s. Important aspects of these decisions, Lockhart shows, reflect the relative influence of rival cultural purposes among relevant societal elites.

“This is a well-written, well-argued work that I believe will make a significant contribution to the study of political culture and to the understanding of welfare policies.”—Richard W. Wilson, Rutgers University

“It is a text that would be as interesting to a public policy maker as it would be to an anthropologist.”Design Issues: A Journal of History, Theory, and Criticism

“Protecting the Elderly is a thought-provoking book and a creative presentation on how a particular version of political culture theory can be fruitfully applied in analyzing policy-making. Lockhart shows convincingly that cultural conceptions provide an important—although often neglected—variable in explaining cross-national differences in social policies.”—Olli E. Kangas, Perspectives on Politics

“Lockhart and Giles-Sims have put together a meticulously researched, highly readable resource that explains what factors are involved in decisions about where to retire, and which states provide the best and worst services. This is a must-read for present or future retirees, as it will help decision-making about retirement clearer and less problematic. This is not light reading—not a book to take to the beach and glance at between dips in the ocean. It is an invaluable guide to a vitally important stage of life.”—C. Apt, Choice

Aging Across the United States