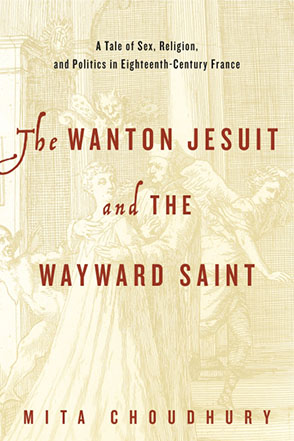 “Choudhury is a reliable guide to this often difficult material. She knows the world of eighteenth-century French Catholicism well, and has deftly untangled the case’s legal complexities.”—David A. Bell, London Review of Books

This microhistory investigates the famous and scandalous 1731 trial in which Catherine Cadière, a young woman in the south of France, accused her Jesuit confessor, Jean-Baptiste Girard, of seduction, heresy, abortion, and bewitchment. Generally considered to be the last witchcraft trial in early modern France, the Cadière affair was central to the volatile politics of 1730s France, a time when magistrates and lawyers were seeking to contain clerical power.

Mita Choudhury’s examination of the trial sheds light on two important phenomena with broad historical implications: the questioning of traditional authority and the growing disquiet about the role of the sacred and divine in French society. Both contributed to the French people’s ever-increasing disenchantment with the church and the king. Choudhury builds her story through an extensive examination of archival material, including trial records, pamphlets, periodicals, and unpublished correspondence from witnesses.

The Wanton Jesuit and the Wayward Saint offers new insights into how the eighteenth-century public interpreted the accusations and why the case consumed the public for years, developing from a local sex scandal to a referendum on religious authority and its place in French society and politics.

“Choudhury is a reliable guide to this often difficult material. She knows the world of eighteenth-century French Catholicism well, and has deftly untangled the case’s legal complexities.”—David A. Bell, London Review of Books

“This well-researched work demonstrates how a micro-historical approach provides the possibility of combining historiographical interests too often separated by artficial frameworks such as, for example, the subfields of cultural history hilariously divided into ‘history of ideas’ and ‘history of the mind’. The trial explored by Choudhury becomes in fact the scholarly stage for not only studying broad social and religious conflicts, but, for example, exploring religious practices through the study of violence endured by women, while at the same time presenting a critical examination of the concepts attached to such issues, still in use in today’s histories.”—Marco Musillo, European History Quarterly

“Students of eighteenth-century France have long been aware of the importance of the Cadière affair. Fortunately, the case has now found its historian. Mita Choudhury, a leading expert on the politics of theological conflict in Old Regime France, has given us a rich account of the scandalous provincial encounter in the early 1730s that resounded all the way to the halls of Versailles and the Sorbonne.”—Jeffrey S. Ravel, Massachusetts Institute of Technology

“Choudhury’s book revitalizes the genre of microhistory, pioneered a generation ago by Carlo Ginzburg and Natalie Zemon Davis, as a unique window into the cultural world of early modern Europe. . . . This study is meticulously researched and at the same time highly readable, as Choudhury paints vivid portraits of the key players in the story while preserving the suspense of this courtroom drama until the end of her study. Highly recommended.”—D. A. Harvey, Choice

“Specialists will welcome this first full modern account of an important and in many ways representative cause célèbre of the sort that damaged the authority of the French church, the Jesuits, and the monarchy during the eighteenth century. But its audience will also be much wider, as it provides a rich window into many aspects of eighteenth-century French society.”—Eric Nelson, The Journal of Jesuit Studies

“Upper-level undergraduates could engage this tale and the historical developments it explores with guidance. Outside of pedagogical considerations, Choudhury’s tale merits the attention of a wide range of readers, from specialists in the eighteenth century to those interested in the many issues raised by this case.”—Annette Chapman-Adisho, H-France

“Choudhury’s book might be read as a model of a microhistory, a deeply researched case study that serves as a microcosm for viewing broader themes in eighteenth-century France—Jansenists versus Jesuits, a judicial system that provided opportunities for French subjects to defend themselves against powerful opponents, the emergence of public opinion, and the struggle of royal authority to control dissent. But Choudhury shows that the Cadière affair has causal as well as illustrative significance, provoking a national controversy that contributed significantly to the century-long erosion of the authority of Church and King.”—Thomas Kselman, Journal of Modern History

“Choudhury writes vividly and unfolds the scandal at some pace and with persuasion, based, as her study is, on examination of private correspondence, official exchanges, and police records.”—Nigel Aston, Journal of Social History

Mita Choudhury is Professor of History at Vassar College.

1 A Community of Faith

2 The Meeting of Two Souls

4 Becoming a Cause Célèbre

7 Public Opinion and the Story of the Wanton Jesuit 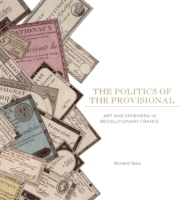 The Politics of the Provisional

Art and Ephemera in Revolutionary France 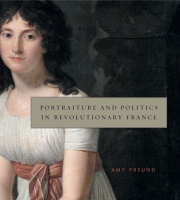 Portraiture and Politics in Revolutionary France