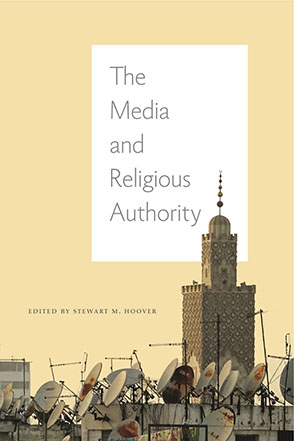 “A fascinating mélange of essays, and a versatile collection that could be utilized in a variety of settings.”—Mary E. Hess, Reading Religion

As the availability and use of media platforms continue to expand, the cultural visibility of religion is on the rise, leading to questions about religious authority: Where does it come from? How is it established? What might be changing it? The contributors to The Media and Religious Authority examine the ways in which new centers of power and influence are emerging as religions seek to “brand” themselves in the media age. Putting their in-depth, incisive studies of particular instances of media production and reception in Asia, Africa, Latin America, and North America into conversation with one another, the volume explores how evolving mediations of religion in various places affect the prospects, aspirations, and durability of religious authority across the globe.

An insightful combination of theoretical groundwork and individual case studies, The Media and Religious Authority invites us to rethink the relationships among the media, religion, and culture.

“A fascinating mélange of essays, and a versatile collection that could be utilized in a variety of settings.”—Mary E. Hess, Reading Religion

“If you, like me, are fascinated by the often baffling relationship between media, religion, and authority, then Stewart Hoover’s book is a must-read. Often, authority is assumed to be held by institutions. Hoover argues against this by weaving together diverse case studies into a cutting-edge theoretical perspective that illustrates how authority is constituted by lived media practices. Clearly written and insightful, The Media and Religious Authority brings together the minutiae of everyday lived religion with an overarching vision that only one of the leading scholars in the field could achieve.”—Gregory Price Grieve, University of North Carolina at Greensboro

“How do contemporary media challenge religious authority? The answer to this question is not as straightforward as it might appear. The contributors to this volume examine how the media undermine established religious positions and help reshape the concept of ‘the religious’ as well as the forms of authority. This is such a transformation that one may indeed conclude, as Stewart Hoover does, that religion today is being remade by the media.”—Knut Lundby, University of Oslo, Norway

“This brilliant book shows a master editor at work. It identifies and gives substance to the critical issue of religious authority in the global media age in terms of its constitution. The book knows intellectual history; it understands the classics and their relevance today as it opens pathways to the future. Rarely is one book erudite in theory and also sophisticated in research methodology, but The Media and Religious Authority is a model of both. This is scholarship of the world mind; the case studies span the continents, and the theorizing represents the big picture.”—Clifford Christians, University of Illinois

Stewart M. Hoover is Professor of Media Studies, Professor Adjoint of Religious Studies, and Founder and Director of the Center for Media, Religion, and Culture at the University of Colorado, Boulder. His most recent book is Religion in the Media Age.

Section One: Re-thinking authority in an era of media and religious change

The Media and Religious Authority from Ancient to Modern Peter Horsfield

Examining all the Realms of Nature: Evidence, insight, and the quest for knowledge in modern Thailand Emily Zeamer

The Authority of the Image: Sex, Religion, and the Text/Image Conflict in Craig Thompson’s Blankets Christine Hoff Kraemer

Prayer as Rhetoric and Performance

Attention and Deliberation in the Early Blogosphere