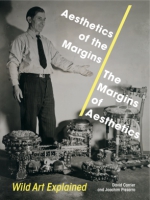 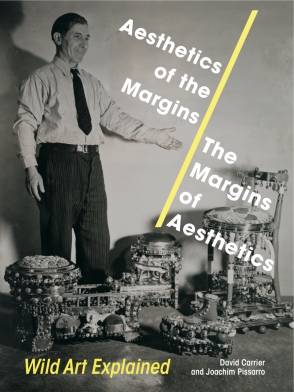 “Their recurring focus on Kant’s “antimony of taste,” an evaluation of aesthetic experience as individually unique but also paradoxically anchored to a hope for universal assent, has major implications for the calls for canon revision and new initiatives around diversity and inclusion that presently consume all corners of the “system.””—Katherine Jentleson, The Art Newspaper

“Wild Art” refers to work that exists outside the established, rarified world of art galleries and cultural channels. It encompasses uncatalogued, uncommodified art not often recognized as such, from graffiti to performance, self-adornment, and beyond. Picking up from their breakthrough book on the subject, Wild Art, David Carrier and Joachim Pissarro here delve into the ideas driving these forms of art, inquire how it came to be marginalized, and advocate for a definition of “taste,” one in which each expression is acknowledged as being different while deserving equal merit.

Arguing that both the “art world” and “wild art” have the same capacity to produce aesthetic joy, Carrier and Pissarro contend that watching skateboarders perform Christ Air, for example, produces the same sublime experience in one audience that another enjoys while taking in a ballet; therefore, both mediums deserve careful reconsideration. In making their case, the two provide a history of the institutionalization of “taste” in Western thought, point to missed opportunities for its democratization in the past, and demonstrate how the recognition and acceptance of “wild art” in the present will radically transform our understanding of contemporary visual art in the future.

Provocative and optimistic, Aesthetics of the Margins / The Margins of Aesthetics rejects the concept of “kitsch” and the high/low art binary, ultimately challenging the art world to become a larger and more inclusive place.

“Their recurring focus on Kant’s “antimony of taste,” an evaluation of aesthetic experience as individually unique but also paradoxically anchored to a hope for universal assent, has major implications for the calls for canon revision and new initiatives around diversity and inclusion that presently consume all corners of the “system.””—Katherine Jentleson, The Art Newspaper

“Carrier and Pissarro present a refreshing argument for aesthetic openness, for the benefit of considering things alien to our social and cultural indoctrination. Their provocative account of the shifting division between the Art World and Wild Art avoids resorting to cultural scandal or moral failure to propel its narrative. The authors merely point out that all cultures—others as well as ours—are exclusionary. Without claiming to rid us of our habits of exclusion, the authors aim to undermine the binary barriers to appreciating aesthetic value: good, bad; high, low; popular, elite. Theirs is a hard-headed, level-headed corrective to politicized accounts that pit one form of aesthetic practice against another.”—Richard Shiff, author of Between Sense and De Kooning

David Carrier retired as Champney Family Professor, a post divided between Case Western Reserve University and the Cleveland Institute of Art. He previously had been Professor of Philosophy at Carnegie Mellon University. His numerous publications include A World Art History and Its Objects, The Aesthetics of Comics, Principles of Art History Writing, all also published by Penn State University Press, as well as Aesthetic Theory, Abstract Art, and Lawrence Carroll.

Joachim Pissarro is an art historian, theoretician, and the Bershad Professor of Art History and Director of the Hunter College Art Galleries. He previously served as curator at The Museum of Modern Art and the Yale University Art Gallery. His publication and curatorial projects include Cézanne/Pissarro, Johns/Rauschenberg: Comparative Studies on Intersubjectivity in Modern Art; Jeff Koons: The Painter and the Sculptor; Martin Creed: What’s the Point of It?; Joseph Beuys: Set Between One and All; and Notations: The Cage Effect Today.

List of IllustrationsAcknowledgmentsIntroduction1. Modern Foundations of the Art World2. The Classical Model: Dogmatism and Alternative Models of Looking3. Dawn of Modernity4. The Wise, the Ignorant, and the Possibility of an Art World that Transcends This Divide5. The Antinomy of Taste and Its Solution: Variations on a Theme by Duchamp6. The Museum Era7. Institution of Art History8. Art Beyond the Boundaries of the Art World9. The Fluid Nature of Aesthetic Judgments10. Kitsch, a Nonconcept: A Genealogy of the IndesignatableConclusionNotesSelected BibliographyIndex

“There was a time when I . . . despised the common people, who are ignorant of everything. It was Rousseau who disabused me. This illusory superiority vanished, and I have learned to honor men.“—Immanuel Kant, Gesammelte Schriften, 20:44“Let’s drop those exclusive shows that depressingly keep a small number of folks in a dark space, holding them tight and intimidated, in total silence and inaction. . . . No, happy folks, these entertainments are not for you! Go outside, gather in the open air, and under the sky: and there, indulge yourselves, and let the sweet feeling of your happiness take over. . . . Let your own senses of pleasure be free and generous, just like you; let the sun shed light on your free and innocent shows; you yourselves will produce one of these shows. . . .

But what will be the contents of these shows? What will be shown there? Nothing, if you will. With liberty in the air, with abundant flows of people everywhere, a sense of wellbeing will overtake everyone. As for contents: just stick a pole there, in the middle of an open space, and garnish it with a crown of flowers at the top, bring the people there, and you will have a show and a party! Go further even: make the audience become part of the show: turn them into players themselves; make everyone see and love oneself in each other, so that they will be even more tightly united than ever.”

In our book Wild Art, we made a somewhat terse distinction between works of art that are praised, discussed, evaluated, and interpreted within what we called the Art System (the museum, the art trade, and the academy) and what we called Wild Art (i.e., all forms of art that conspicuously seemed to remain outside the confines of the Art System—graffiti, tattoos, sand constructions, ice art, and all kinds of artistic expressions that we thought would be unlikely to ever permeate the rather rigid barriers of the Art System). That book was primarily devoted to presenting examples of Wild Art, as well as our attempt to outline some of the conceptual or ideological premises of these works.Our initial project comprised two parts. The first part mapped out some of the broad families of artistic objects that stand outside the Art System, while the second part addressed the historical, philosophical, political, and ethical underpinnings that have served as the foundation of a split art world—one, the Art System, having achieved full legitimacy; the other, Wild Art, having mostly been ignored by the Art System but happily functioning without any apparent need for legitimation by that system. That book and this one complement each other, for it is necessary to have a historical and theoretical framework in order to understand our examples, and the examples are required in order to take the full measure of our claims. We now present a full philosophical and historical analysis that defends and develops our way of thinking. This is a self-sufficient volume, but interested readers may find it valuable to consult Wild Art.

We began our project with the observation that there are two kinds of art: Art World art, which is found, valued, and interpreted within the Art System, and Wild Art, which for the most part is found outside of that Art World. We model this divide on two distinctions found in the organic world: that between domestic (or tame) animals and wild animals, and that between domestic plants and wild vegetation. Think of an orchid versus couch grass: one requires high maintenance and frequent watering, and the other grows anywhere, in all environments, requiring no special care.

The Aesthetics of Comics 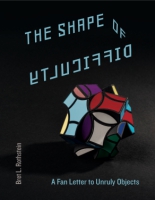 The Shape of Difficulty

A Fan Letter to Unruly Objects

The Seductions of Darwin