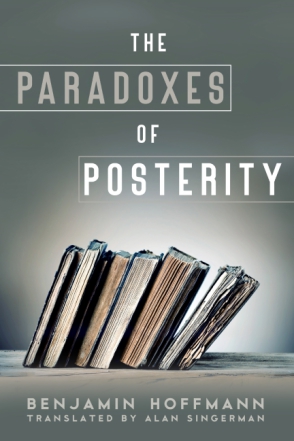 “In addition to providing a fascinating examination of how writers such as Diderot, Casanova, and Sartre confronted the possibility of ‘writing from the grave,’ Hoffmann’s provocative and well-written book asks all writers to reflect on their own intentions (and personal mythmaking) when they themselves take up the pen.”—Andrew Curran, author of Diderot and the Art of Thinking Freely

The impetus for literary creation has often been explained as an attempt to transcend the mortality of the human condition through a work addressed to future generations. Failing to obtain literal immortality, or to turn their hope toward the spiritual immortality promised by religious systems, literary creators seek a symbolic form of perpetuity granted to the intellectual side of their person in the memory of those not yet born while they write. In this book, Benjamin Hoffmann illuminates the paradoxes inherent in the search for symbolic immortality, arguing that the time has come to find a new answer to a perennial question: Why do people write?

Exploring the fields of digital humanities and book history, Hoffmann describes posterity as a network of interconnected memories that constantly evolves by reserving a variable and continuously renegotiated place for works and authors of the past. In other words, the perpetual safeguarding of texts is delegated to a collectivity that is nonexistent at the moment when a writer addresses it, one whose nature is characterized by impermanence and instability. Focusing on key works by Denis Diderot, Étienne-Maurice Falconet, Giacomo Casanova, François-René de Chateaubriand, and Jean-Paul Sartre, Hoffmann considers the authors’ representations of posterity, the representation of authors by posterity, and how to register and preserve works in the network of memories. In doing so, Hoffmann reveals the three great paradoxes in the quest for symbolic immortality: the paradoxes of belief, of identity, and of mediation.

Theoretically sophisticated and convincingly argued, this book contends that there is only one truly serious literary problem: the transmission of texts to posterity. It will appeal to specialists in literature, in particular eighteenth-century French literature, as well as scholars and students of philosophy and book history.

“In addition to providing a fascinating examination of how writers such as Diderot, Casanova, and Sartre confronted the possibility of ‘writing from the grave,’ Hoffmann’s provocative and well-written book asks all writers to reflect on their own intentions (and personal mythmaking) when they themselves take up the pen.”—Andrew Curran, author of Diderot and the Art of Thinking Freely

Introduction: Why Do People Write?

The Paradoxes of Belief

First Paradox: The Current Concert and the Distant Melody

Second Paradox: The Lottery and the Ruse

Third Paradox: The Renunciation and the Reward

The Paradoxes of Identity

Fourth Paradox: The Proper Noun and the Common Noun

Fifth Paradox: The Flow and the Entity

Sixth Paradox: The Distance and the Judgement

The Paradoxes of Mediation

Eighth Paradox: The Manuscript and the USB Key

Ninth Paradox: The Comet and the Astronomer

Conclusion: Why Do People (Still) Write?