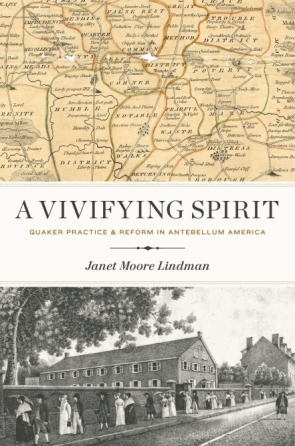 Examining this increasing complexity and highlighting a vital religiosity driven by deeply held convictions, Janet Moore Lindman focuses on the Friends of the mid-Atlantic and the Delaware Valley to explore how Friends’ piety affected their actions—not only in the evolution of religious practice and belief but also in response to a changing social and political context. Her analysis demonstrates how these Friends’ practical approach to piety embodied spiritual ideals that reformulated their religion and aided their participation in a burgeoning American republic.

Based on extensive archival research, this book sheds new light on both the evolution of Quaker spiritual practice and the history of antebellum reform movements. It will be of interest to scholars and students of early American history, religious studies, and Quaker studies as well as general readers interested in the history of the Society of Friends.

Janet Moore Lindman is Professor of History at Rowan University. She is the author of Bodies of Belief: Baptist Community in Early America and coeditor of A Centre of Wonders: The Body in Early America.

Author’s Note: Dating System of the Religious Society of Friends

3. “The Solemn Close”: Rituals of Death

4. “A Dividing and Separating Spirit”: The Hicksite Schism

Part 3: A Work of Redemption

7. “In the Advancement of Piety”: Quaker Manuscript and Print Culture