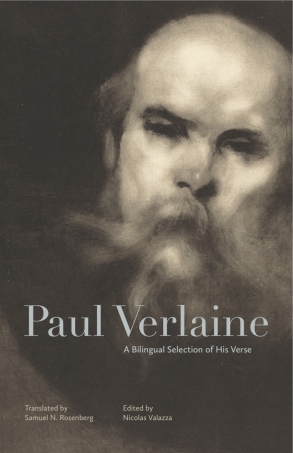 “The most comprehensive, and arguably the most definitive, bilingual collection to date of the work of French poet Paul Verlaine. . . . Rosenberg offers expansive translations without sacrificing the emotion or musicality of the original verse. The result is a masterful, spirited representation in English translation of Verlaine’s impact on modernist poetry. Essential.”—A. J. Guillaume Jr., Choice

Crowned “Prince of Poets” in his later years, Paul Verlaine stands out among the iconoclastic founders of French modernist verse. This diglot anthology offers the most comprehensive selection of Verlaine’s poetry available in English translation.

Verlaine’s famous works are presented here alongside poems never previously translated into English, including neglected political works and prison pieces only recently brought to light, which reveal social, homoerotic, and even pornographic inspirations. The poems are organized not by collections and date of publication but by themes and time of composition. This innovation, along with Valazza’s extensive supporting materials, will help the curious student or scholar explore the master poet’s work in the context of his troubled life: from the beginning of his literary career among the Parnassians to his affair with Rimbaud and the end of his marriage, his time in prison, and his bohemian lifestyle up to his death in 1896. Verlaine, the poet of ambiguity, has always been a challenge to translate. Rosenberg expertly crafts language that privileges the musicality of Verlaine’s verse while respecting each poem’s meaning and pace.

Featuring 192 poems in French with English translations, this collection will appeal to scholars and poetry enthusiasts alike.

“The most comprehensive, and arguably the most definitive, bilingual collection to date of the work of French poet Paul Verlaine. . . . Rosenberg offers expansive translations without sacrificing the emotion or musicality of the original verse. The result is a masterful, spirited representation in English translation of Verlaine’s impact on modernist poetry. Essential.”—A. J. Guillaume Jr., Choice

“This anthology gives a fuller picture of Verlaine’s poetry than many translations have offered in the past, providing some of his most famous verse but also some political and homoerotic works for which he is less known. The translations capture and reproduce Verlaine’s variety of registers and style in lively renderings that are faithful to the spirit of the buoyant original verse.”—Joseph Acquisto, author of The Fall Out of Redemption: Writing and Thinking Beyond Salvation in Baudelaire, Cioran, Fondane, Agamben, and Nancy

“Sam Rosenberg and Nicolas Valazza have created a magnificent and much-needed edition of Paul Verlaine’s work. The musicality of Rosenberg’s translation is extraordinary, capturing the peculiar artistry of Verlaine and providing Anglophone readers with the sense of ecstasy normally reserved for those who can read his work in its original French. Valazza’s painstaking work on this edition ensures that this tome will resonate widely and, moreover, remain one of the great classics of the Verlaine corpus, in any language.”—Robert F. Barsky, Director of the W.T. Bandy Center for Baudelaire and Modern French Studies, Vanderbilt University

Samuel N. Rosenberg was a literary scholar and translator of French poetry of the Middle Ages and the nineteenth century. He was Professor Emeritus of French at Indiana University and edited and translated numerous works, including Robert the Devil and Robert de Reims: Songs and Motets, both published by Penn State University Press.

Nicolas Valazza is Associate Professor of French at Indiana University. His research focuses on nineteenth-century literature.

Part 2: Under the Spell of Rimbaud

Part 3: From Prison to Conversion

In Prison (Poems from Cellulairement [Cellularly] and

After the Conversion (Poems from Sagesse [Wisdom]

From Amour [Love] and Other Poems

From Chansons pour Elle [Songs for Her]

From Odes en son honneur [Odes in Her Honor] and Élégies

From Dans les limbes [In Limbo]

Index of Titles and First Lines

The World of Magda Portal, with a Selection of Her Poems